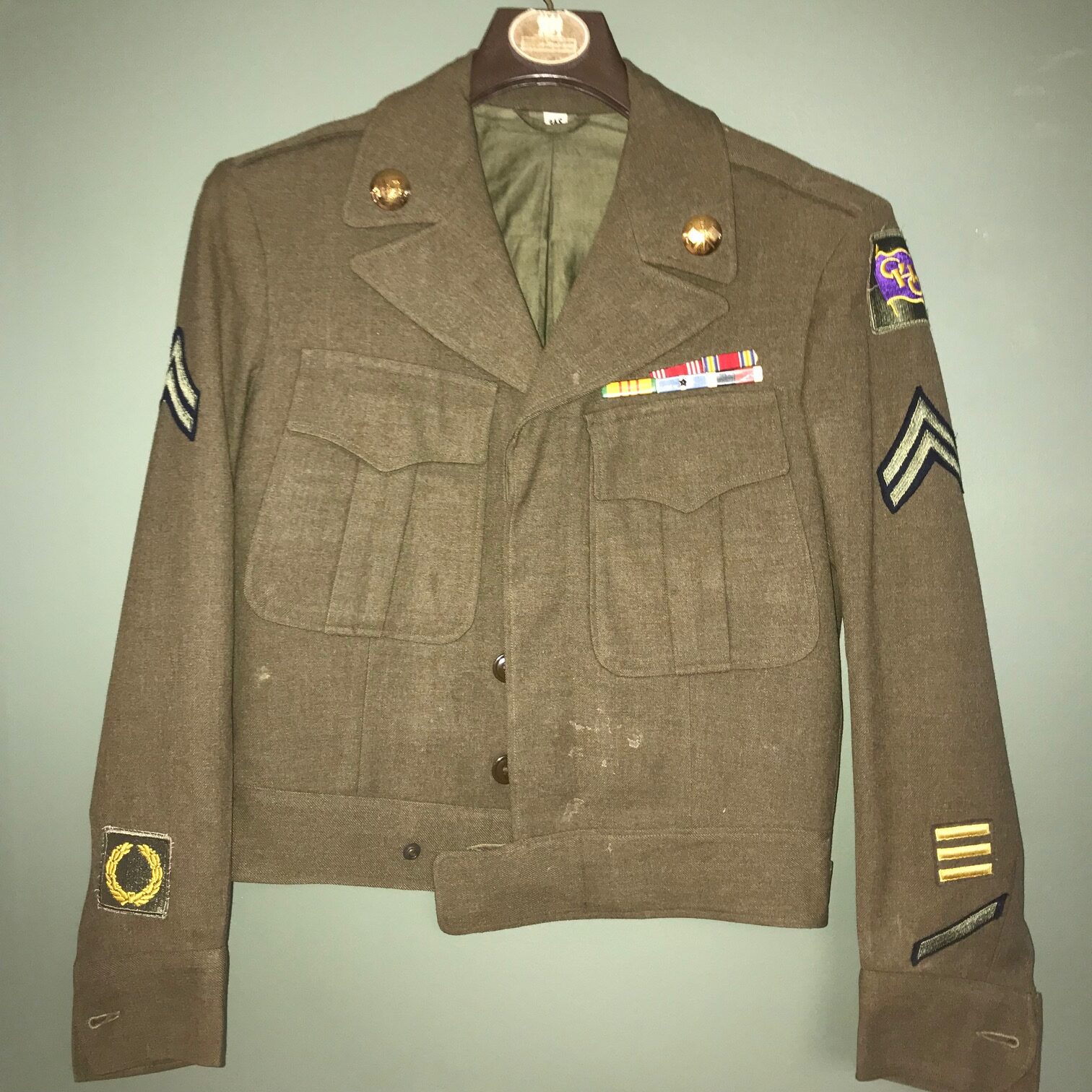 This is a Korean War era “Ike Jacket.” Made in 1949, this Ike Jacket has several patches which provide details about the service of this soldier. The purple and gold patch on the left shoulder indicates that he was a part of the Southwest Pacific General Headquarters. Below this patch and on either arm, the two stripes indicate that he attained the rank of corporal. The three stripes on his lower left sleeve indicates that he served a year-and-a-half overseas (each stripe represents six months of service), and the single stripe below them is a general service marker. On the jacket’s lower right sleeve is a Meritorious Unit Commendation patch. On the left chest portion of his jacket are two ribbon bars with a total of five awards between them. The jacket also has a brass collar insignia on either of the lapels with the one on the left denoting service in the Signal Corps and the one of the right a general U.S. military service marker. The jacket is a size 34 Small.