Our store is licensed under Michele L. Jackson, a Federal Firearms Licensee (FFL) and New Jersey State Police licensed firearms dealer, and her partner, Barry Smith, who began collecting World War II memorabilia with his father, Edward “Mickey” Smith, in February 1974. Mickey, a retired mailman and U.S. Navy veteran, loved working at the shop and talking to people; he sadly passed away on March 23, 2020. Barry is still an avid collector and is always seeking quality items for his personal collection, especially American, German, and Japanese military items from World War II. Barry and Michele also have many interesting items that they own displayed at the shop.

The idea to open a store for collectors of militaria began in January 2014 when Michele and Barry visited the Glasstown Brewing Company at the Millville Executive Airport in Millville, New Jersey. At that time, they decided the airport would be the ideal location for a military collectible shop for several reasons, namely because it was the location of the former Millville Army Air Field and the current home of the Millville Army Air Field Museum. They soon inquired about renting one of the former wartime buildings, and as luck would have it, were offered what formerly served as the finance office and post office of the Millville Army Air Field during World War II. After renovating the building for a full year, Smith & Jackson Military Antiques and Firearms opened its doors in November 2015. Besides Michele and Barry, Smith & Jackson Military Antiques and Firearms has five other staff members. We guarantee you will have a pleasant experience when visiting our shop. We especially enjoy young collectors who visit our shop with their parents. Without question, our prices are lower than most other militaria websites and shops. Unless otherwise stated, we guarantee the originality of all items we sell and offer a lifetime money-back guarantee.

In 2021, Smith & Jackson Military Antiques and Firearms began renting the building across the street, 20 Peterson Street, and soon will be using this building as an additional military collectible shop and will have many fascinating military items on display. 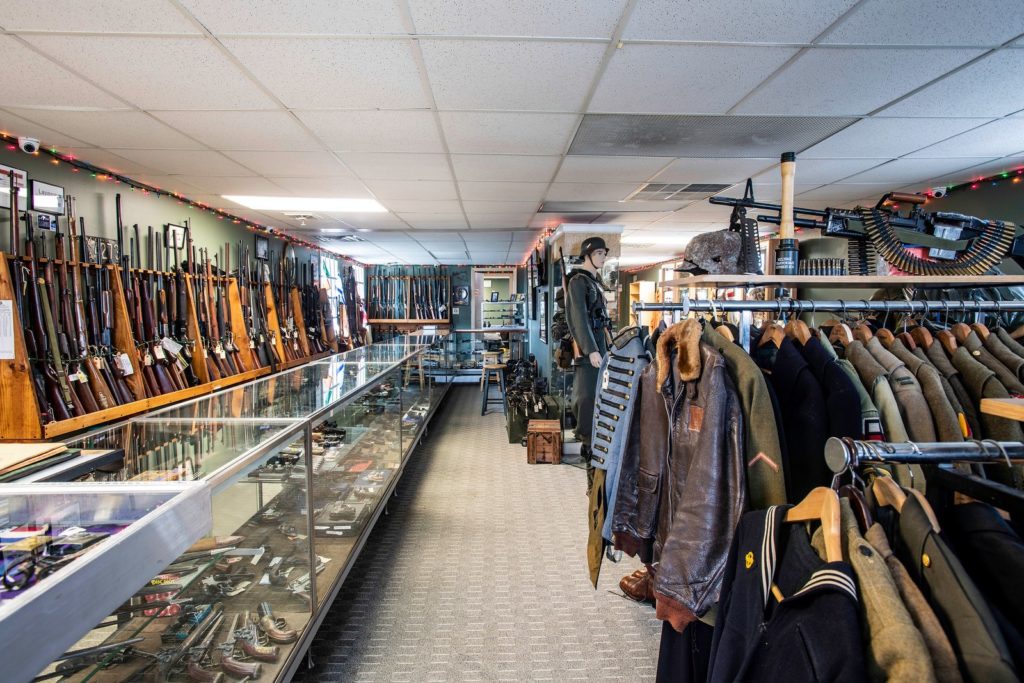