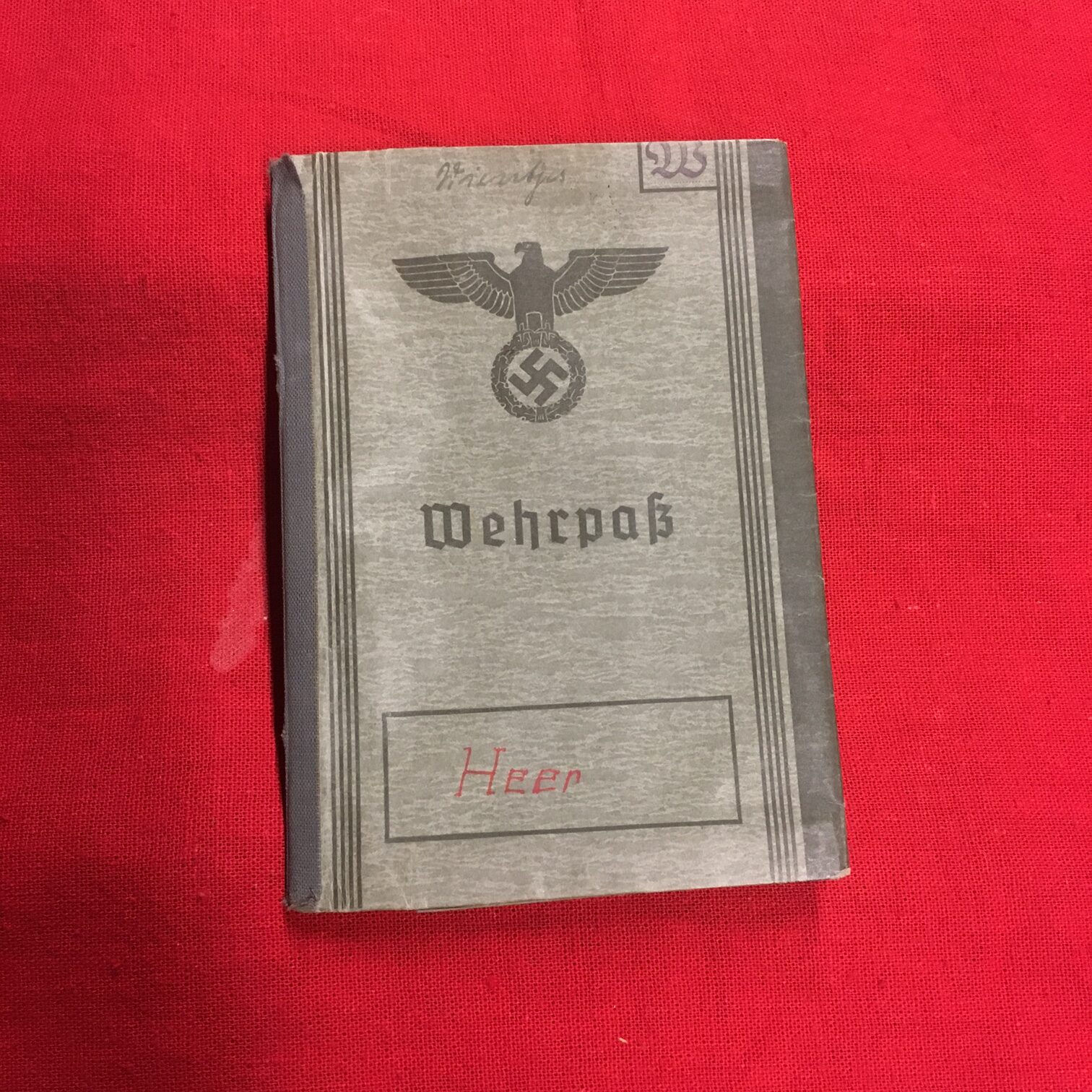 World War II German Wehrpass of Obergefreiter Marten Wientjes. Born on April 18, 1907, the Wehrpass was issued on the 19 April, 1939 in Aurich. Winetjes served with multiple medical units from 1940 to 1944. On January 9, 1944, Wientjes was assigned to the 5th Company of Grenadier Regiment 984 of the 275th Infantry Division, and on the 8 of February, 1944, he was transferred to the 6th Company. There, he received training as a stretcher bearer and qualified on the K-98 rifle. On 18 July, 1944, he was reported as missing in action after fighting in Normandy. He was awarded the Iron Cross 2nd Class, the Eastern Front Medal, and his Wehrpass retains a battle list from 1941 to 1944. Some of his more notable actions were at Ilmensee, Leningrad, and at the Atlantic Coast at Normandy.