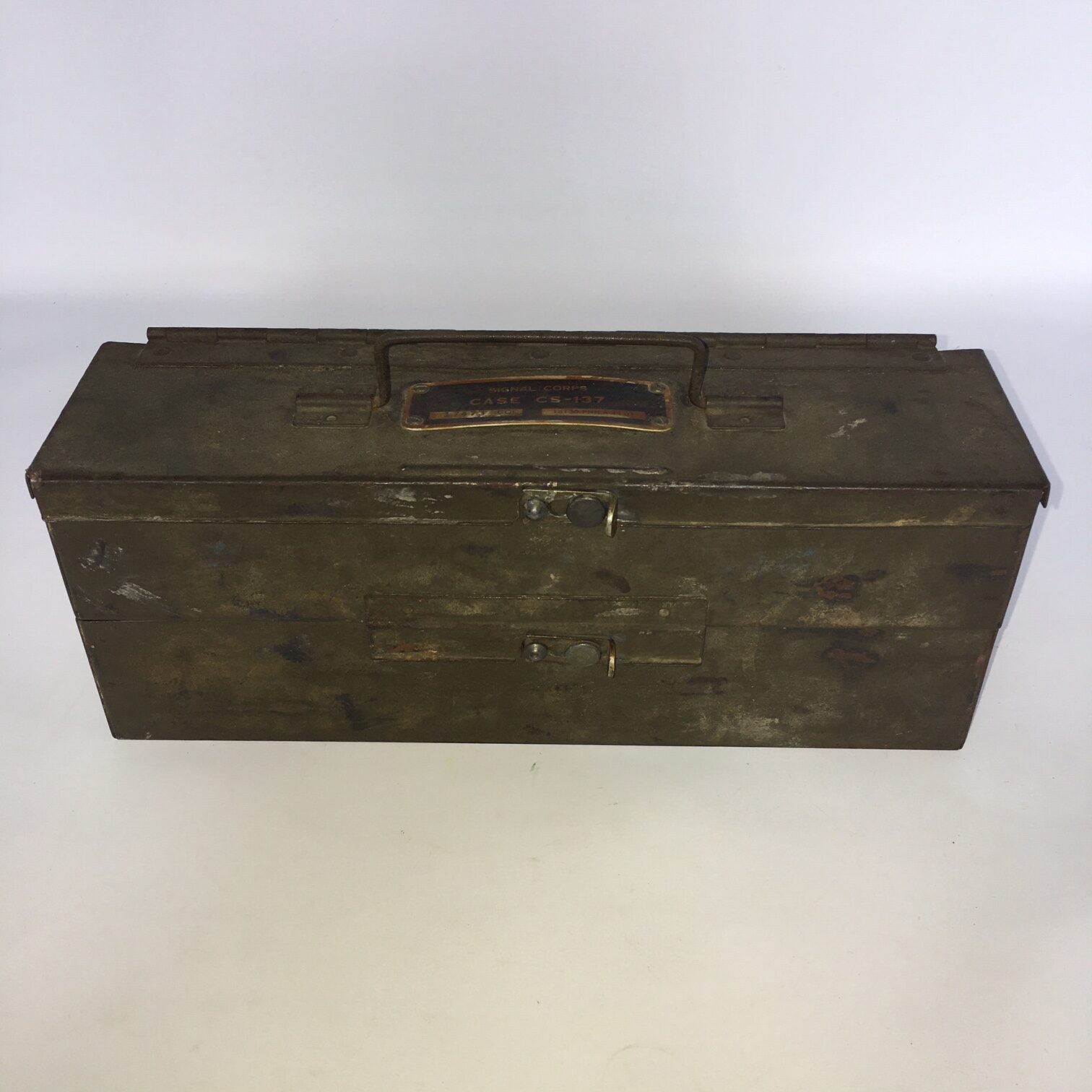 This is a World War II U.S. Army Signal Corps CS-137. This case would have been used for storing crystals for radios, and the two hinged compartments show very little wear from use. The box itself shows signs of rust externally and internally, and there is some patina to the metal plate which is pinned to the top of the case.