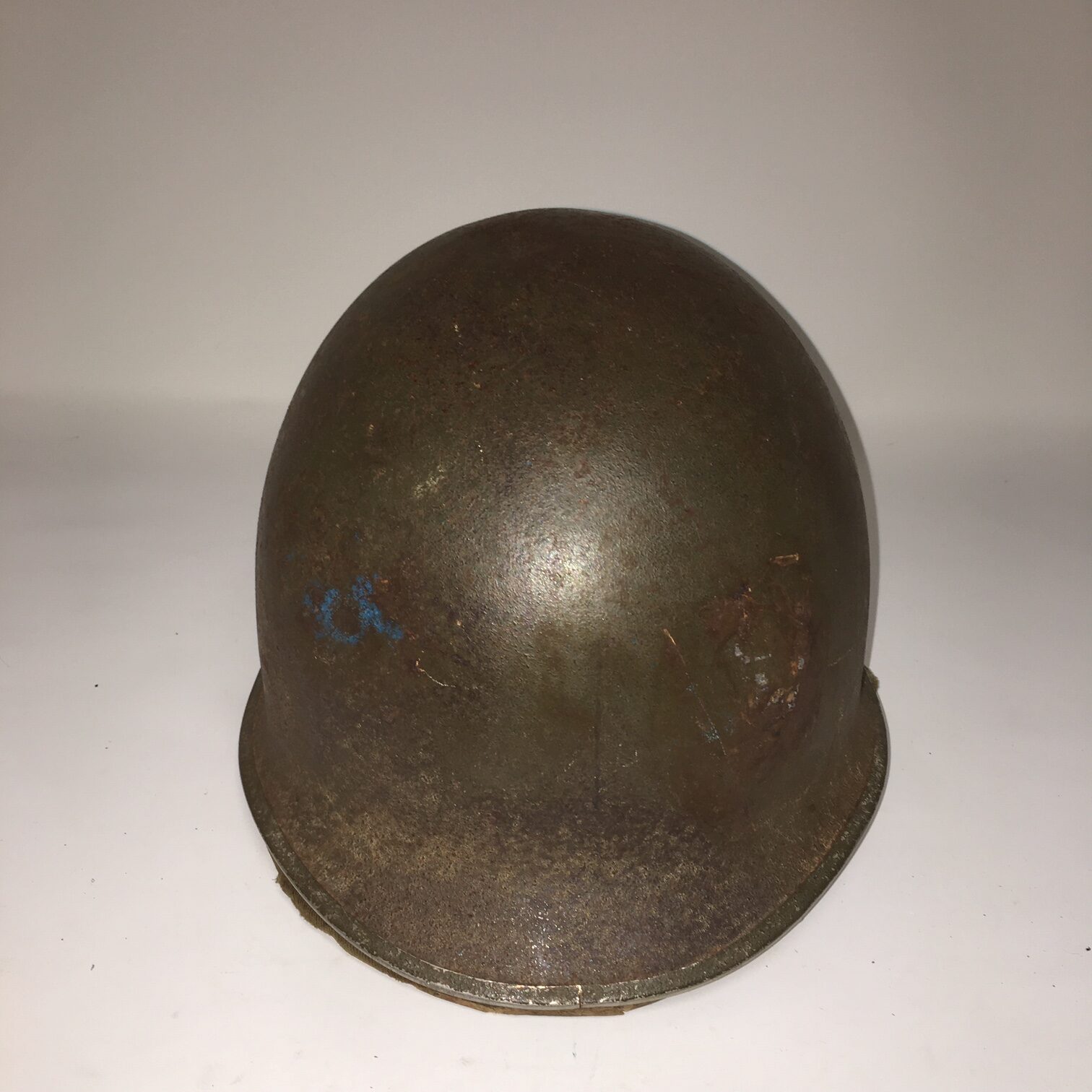 This is a World War II U.S. Army M1 helmet with the original liner. This helmet is in good condition with the typical signs of age (some rust and wear) present throughout. The outwardly rolled rimmed and the front seam feature prominently on the helmet, and the paint has worn down to the steel shell in some spots. There is a spot of blue paint on the front of the helmet which appears to have been purposely placed there, most likely as a marker or symbol of sorts. The liner inside is in good condition overall, but there are patches around the edges where the fabric has been worn away exposing the actual liner itself. All of the original webbing is present as well. The original owner of this helmet wrote his name in an ink of sorts on the front portion, the words reading as: “Joey Grant.”