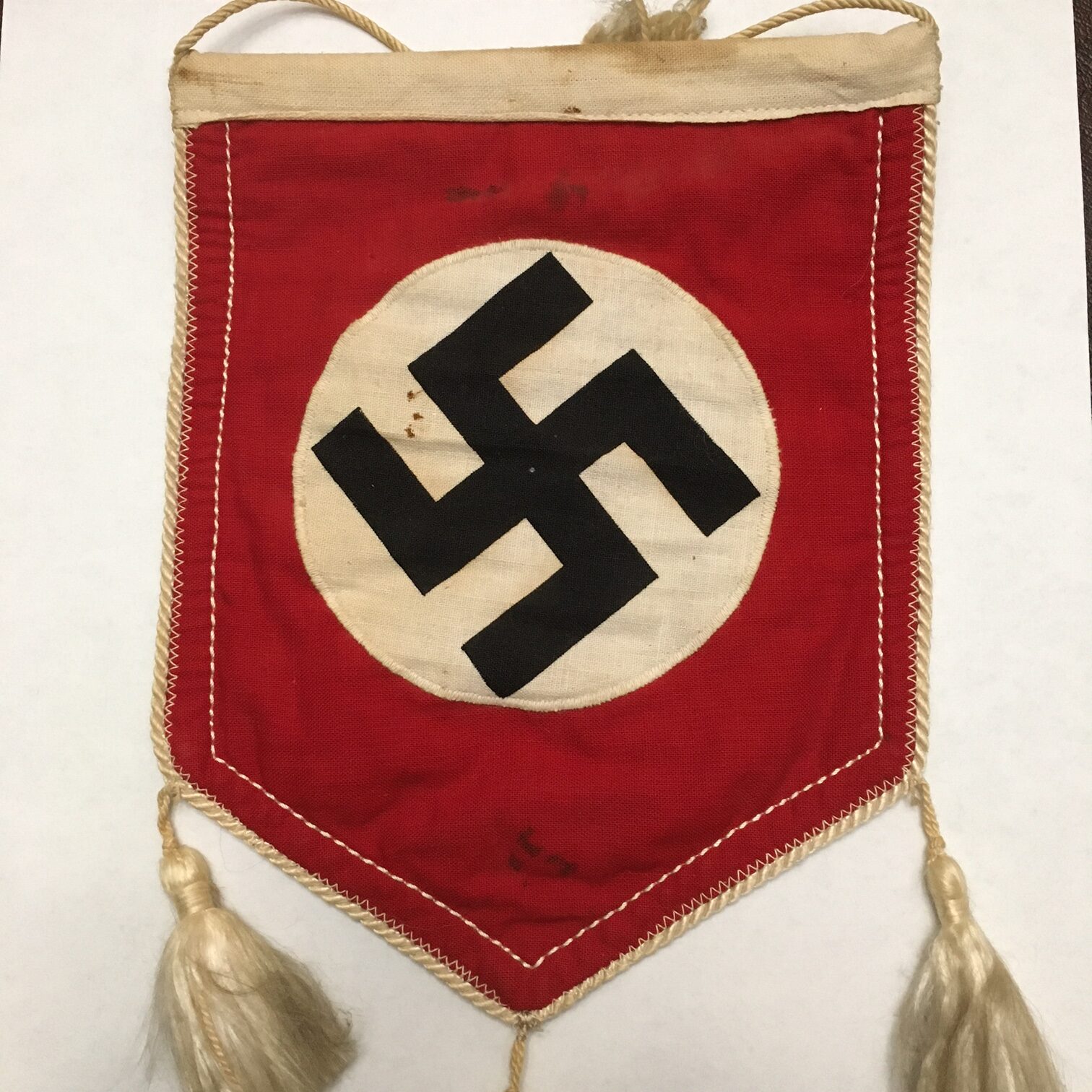 This is a World War II German Decorative Wall Flag from Nuremberg. This wall flag is around 8 inches high (including tassels) and around 5 or 6 inches in width. The front of the flag has some small ink stains on the white near the swastika and towards the middle tassel, and a equally small number of similar marks on the back. Additionally, the back bears the image of the Imperial Nuremberg Castle as well as the labeling of “Nurnberg” in the traditional German spelling.