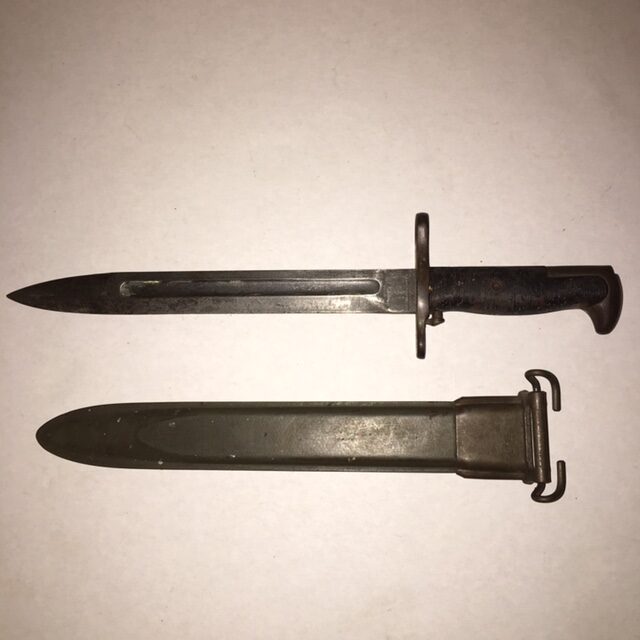 This is a World War II era M1 Garand bayonet. The base of the blade is marked as “PAL, U.S” with the symbol of the ordinance department placed in between the U and S. The grip is in good condition with some rust present here and there. The blade of the bayonet has some rust and pitting here and there and some chipping on the blade, but is straight overall.