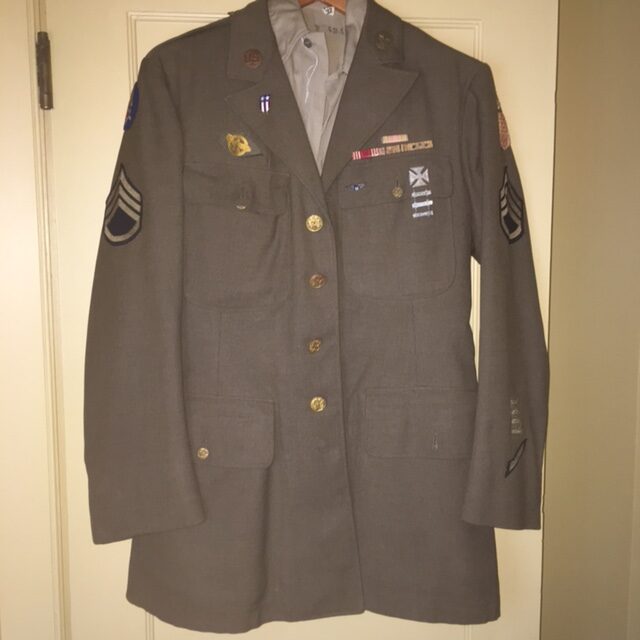 This is a World War II era U.S. Army Air Corps uniform. This uniform is named and was used in the Chinese-Burma India theater, and has all of the original pins, emblems, and patches to indicate as much. This uniform was owned by a “J. J. S.” or Sgt. John J. Sefcik of Keansburg, New Jersey. This man took part in an action with other members of the 14th Army Air Corps Engineers in China during the war when a massive fire broke out in a nearby village. Sgt. Sefcik and other members of the 14th Air Force were training Chinese soldiers on how to properly use hand grenades, dynamite, and other related explosives when he was called into service as a member of the volunteer fire brigade. Using their collective knowledge, about a half dozen engineers rushed to the scene of the fire and used explosives to contain it and saved a majority of the town and the U.S. Army warehouse that was positioned nearby.