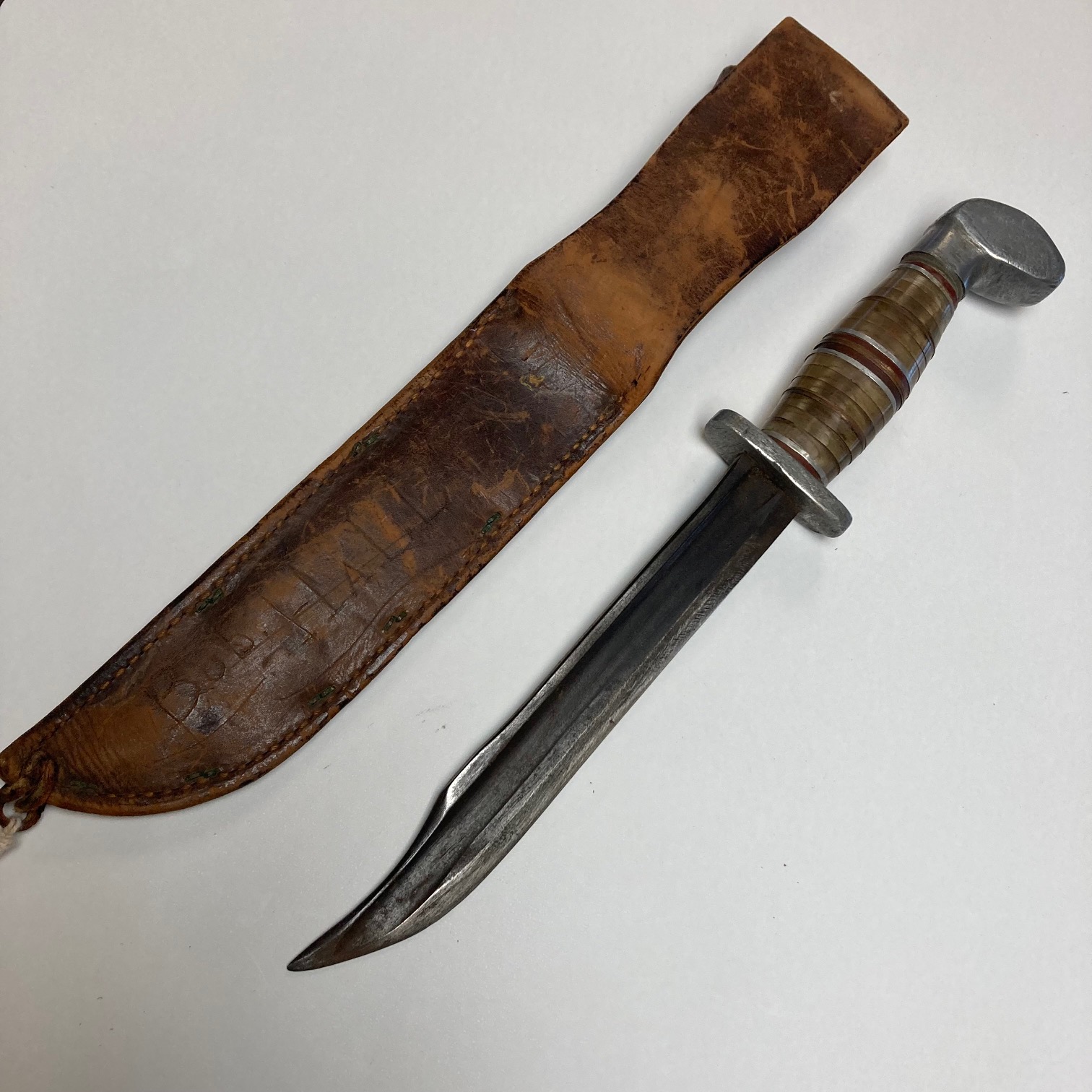 World War II Custom-Made U.S.M.C. Combat Knife. The knife itself appears to be a cut-down and modified 1917 Springfield Bayonet with a custom grip and a hand-forged guard and pommel. The leather scabbard is marked as “U.S.M.C., Boyt, 43.” Additionally, the name of the knife’s original owner is carved into one side, and what is most likely the name of his wife is carved into the other. The one side of the knife reads “Bob Hall” while the opposite reads “Mary.”