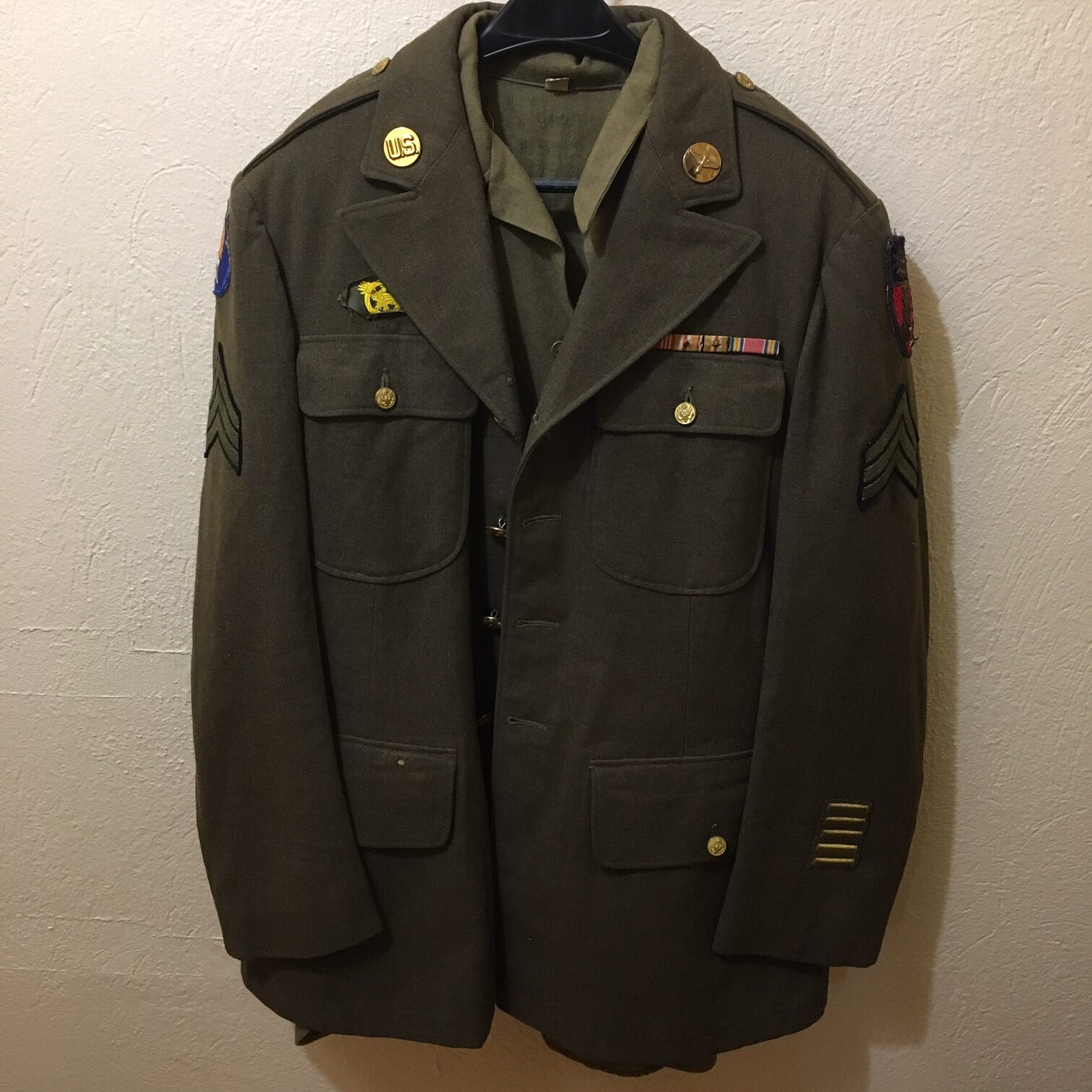 This is a World War II Air Force dress jacket and shirt with a “China-Burma-India” (or C.B.I.) hand-made theater patch. This jacket and shirt appear to be a size 33 and are in very good condition for their age. The only signs of wear can be found in the usual staining and marks from age. On the inside of the jacket, there are a series of letters and numbers printed in large dark print. They read, “4409, SO902, SCHULTZ, 0902.” There are also a similarly formatted series of numbers and letters inside the shirt, but they have become to faded to read. On either sleeve of the jacket are patches indicating this man achieved the rank of sergeant and served in the air force during the “C.B.I.” theater. On the wrist of the left sleeve are six stripes which indicate this man served two and a half years overseas. On the left breast of the jacket, there are three awards on a ribbon bar, and then one in the middle appears to be missing a star. The brass lapels are both present, and the left one appears to be an air force symbol. On either of the shirt’s sleeves are sergeants stripes and the C.B.I. theater patch. On the right sleeve is a patch that indicates he served in the tenth air force in World War II.