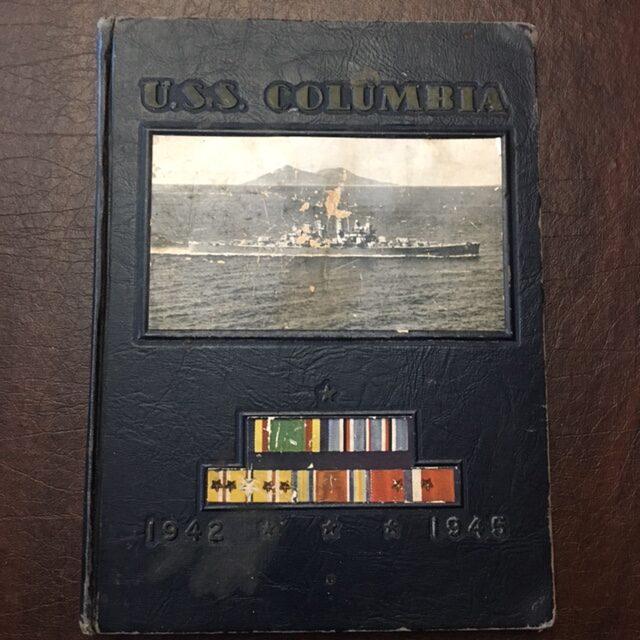 This is a post-World War II era “U.S.S. Columbia” yearbook or memorial book. This book was published by the “Officers and men who fought with her in the years of World War II” not long after the war had ended.  The cover of the book features a picture of the U.S.S. Columbia as well as images of the bars that would have been awarded to those who served on this ship. The book features dozens of unique images taken by those who served on the ship, and in the back of the book is a list of all of those who served and those who lost their lives while serving. One of the names, a “Charles Vincent Teague,” is underlined in the back of the book and is most likely the former owner of this piece.