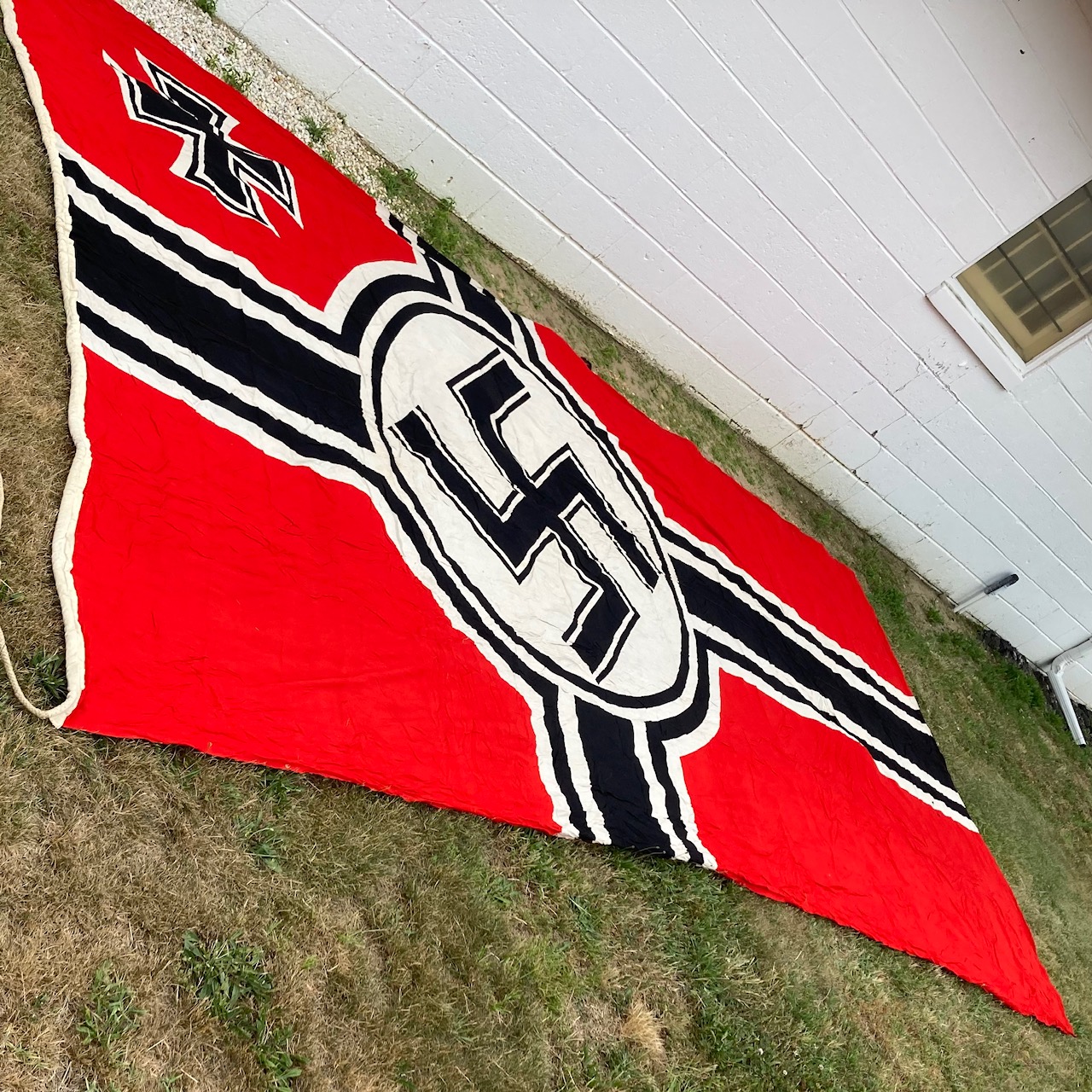 Huge World War II German Wehrmacht (or Army) Flag. Flag measures 108 ” by 196 “, or roughly 9 feet by 16 feet. The flag is in pristine condition with only a handful of small holes. Interestingly, it appears as though when the flag was originally manufactured it was so large that it was completed in two separate segments and then sewn together.