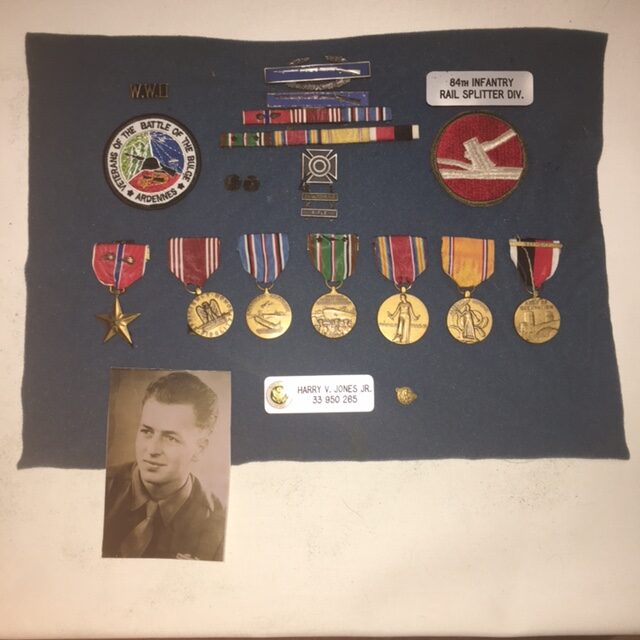 This is a HUGE lot of World War II 84th Division named items. This lot of items belonged to Private First Class Harry Vincent Jones Jr., a soldier of the 84th Rails splitter Division and a veteran of numerous engagements including the Battle of the Bulge. Jones joined the United States Army in June of 1944 serving in Central Europe, the Rhineland, and the Battle of the Bulge (or in the Ardennes). He was awarded the Bronze Star Medal for actions he took during a battle in Rhineland and was later a recipient of the Purple Heart. This lot includes all of Jone’s original medals, photographs of him during and after his time of service in Europe, books on the 84th Division and his unit the 333rd and later the 334th, and the original certificates and awards issued describing the actions taken to earn his Bronze Star. Additionally, there are many newspaper articles (originals not pictured due to space) describing his service, the engagements he was involved in, and other related actions. Present also is a full list of members of his regiment, signed and notarized by the commanding officer.