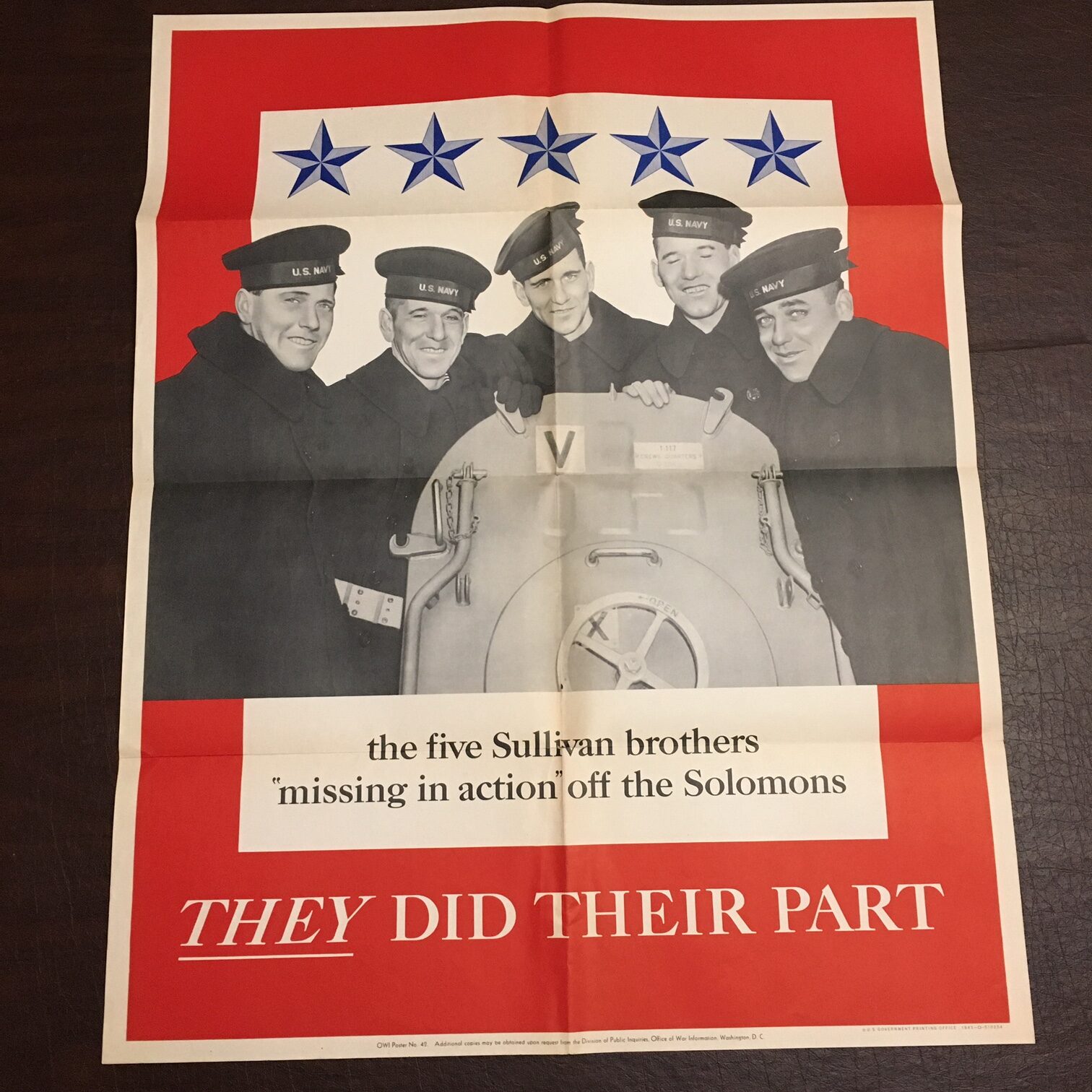 This is a World War II U.S. war bond which depicts and details the tragic tale of the five Sullivan brothers. During World War II, the U.S. Navy had a policy of preventing siblings from serving together so that if some misfortune were to befall one of them they would not all die together. However, as this was not always enforced, the Sullivan brothers were permitted to serve together on the light cruiser the U.S.S Juneau. When a Japanese torpedo struck and sunk the ship, all five of the brothers were killed. This war bond depicts their sacrifice as a call for others to do their part, and the images on its surface are in pristine condition for its age. The only signs of wear to this piece are the creases it received from being folded over an extended period of time.