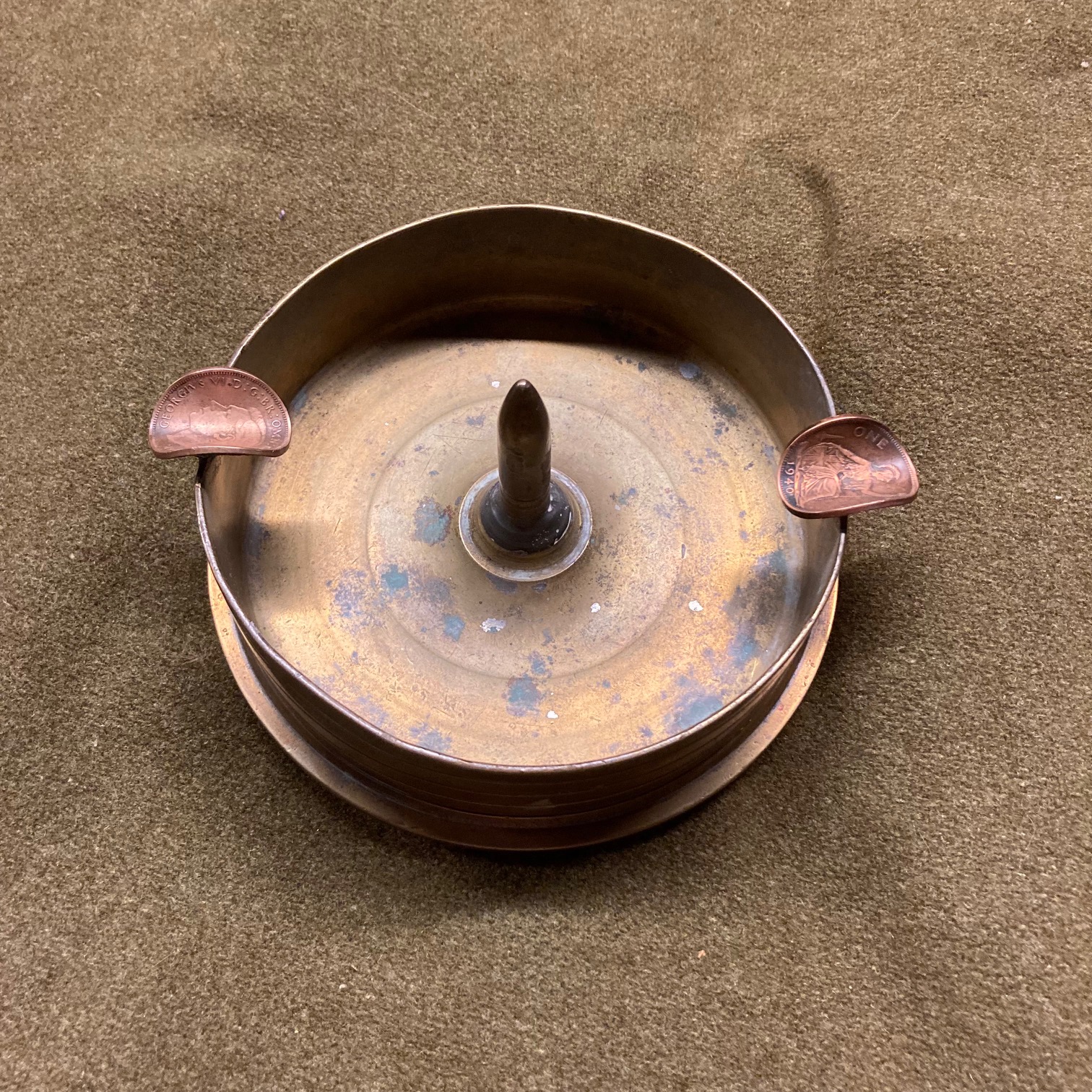 World War II U.S.S. Edison (DD-439) Naval Gun Shell Art. The U.S.S. Edison was a “Gleaves-Class” Destroyer that participated in several major events during World War II, most notably fending off 3 U-Boat attacks in 1942 while escorting a convoy and providing naval support to troops who participated in the invasion of Italy in 1943 and later the invasion of Southern France in 1944. This “shell art” came from one of its four 5 inch guns, and features a pair of 1940 British pennies along with a larger U.S. military round.