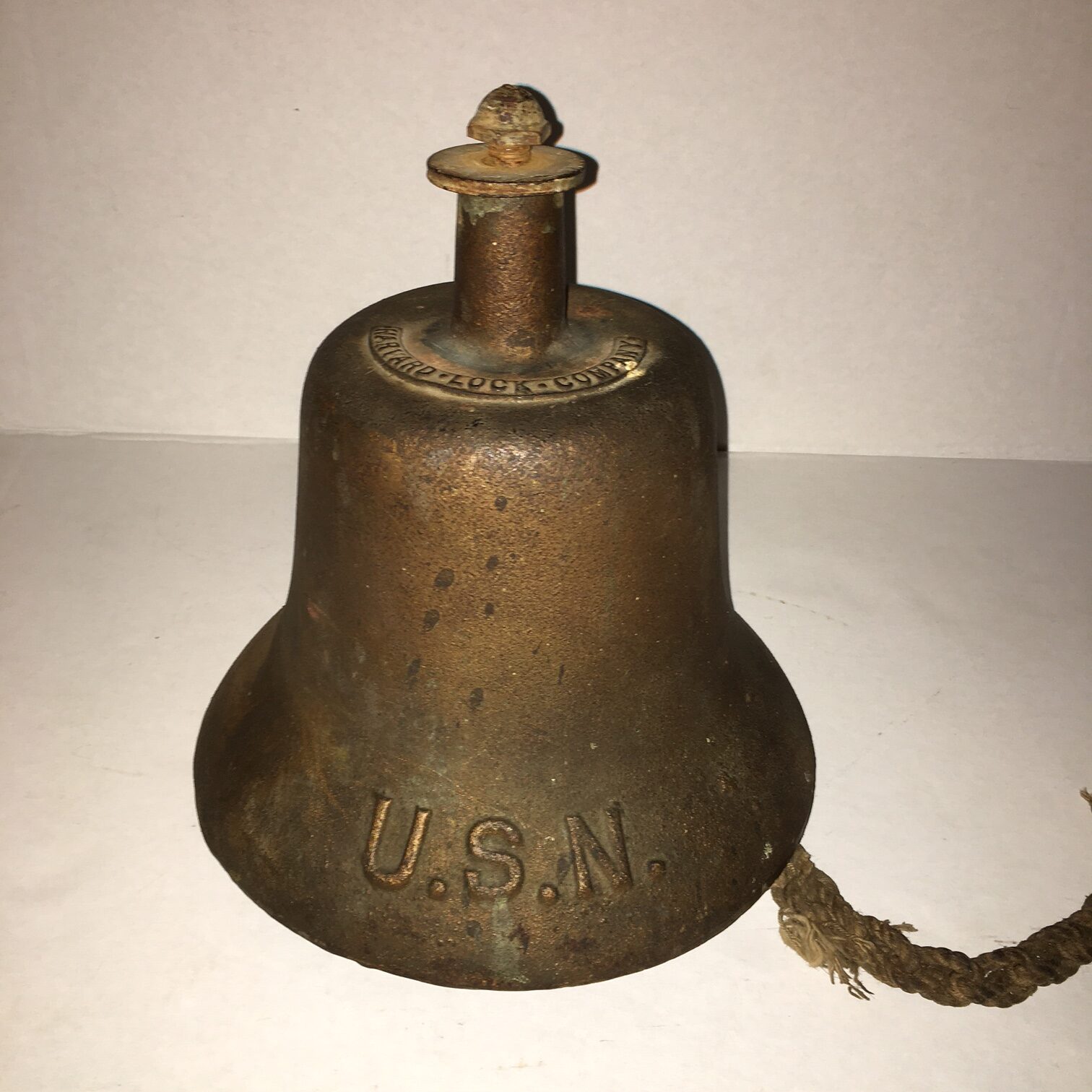 This is a World War II era U.S. Navy cast-iron ship’s bell. The ship’s bell is covered in rust and has a nice patina across the entirety of the outside and some of the inside. There is still some of the original sheen visible on the inside of the bell, and the clapper is present and in working order. Additionally, the original rope swing is attached to the clapper. The letters “USN” are on the front of the bell and the words “HARVARD-LOCK-COMPANY.”