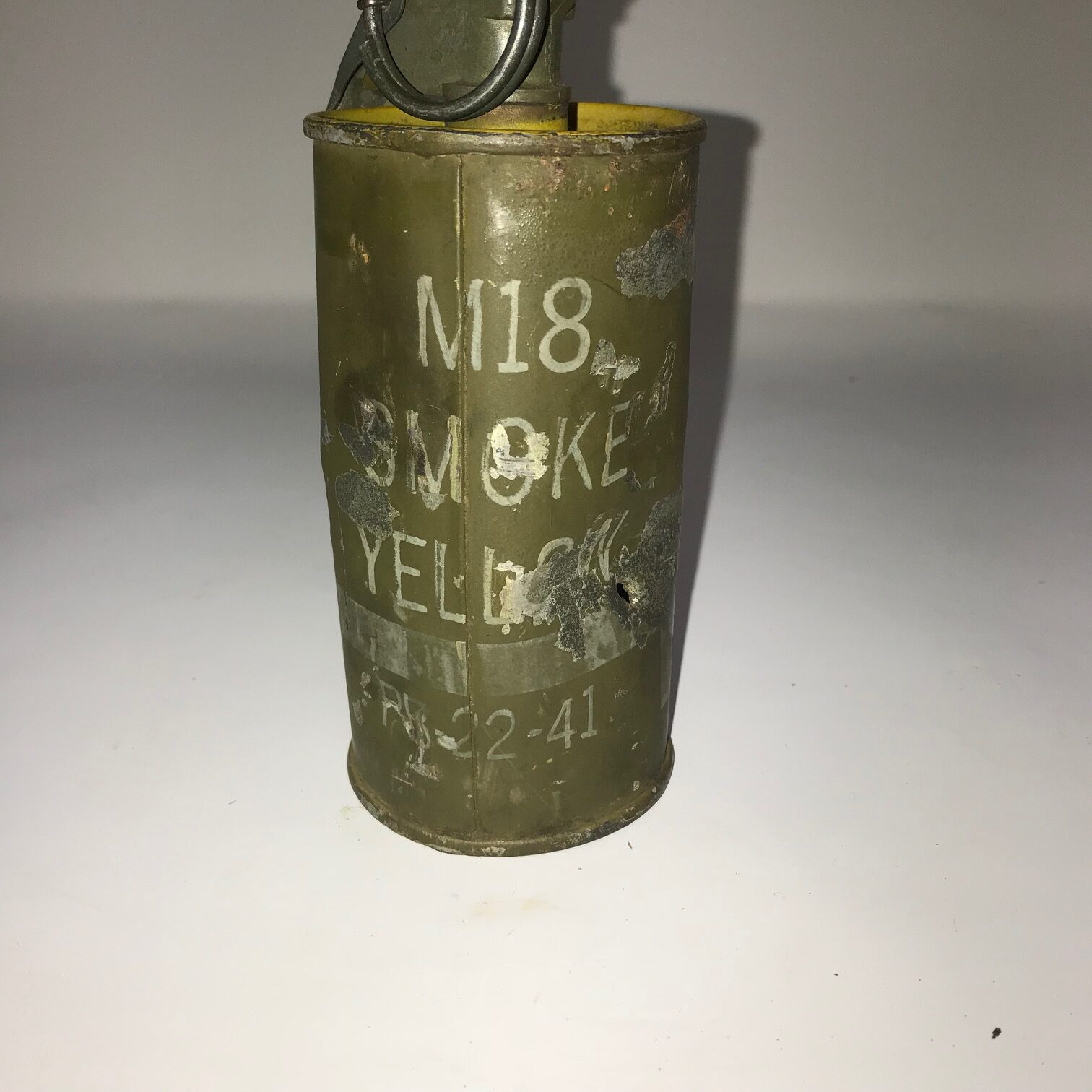 This is a World War II U.S. M 18 inert smoke grenade. This smoke grenade would have emitted yellow smoke, but it does not come with its original core or fuse and has been rendered inert. The body of the grenade shows several signs of wear and tear and has several dent and puncture marks here and there from use and “battle damage.” The spoon appears to have been bent back close to the body of the grenade as well. There are also spots where the original paint and writing has been worn off.  This smoke grenade comes with the original black cardboard protective case. Overall, this smoke grenade would make a good display piece in any collector’s collection.