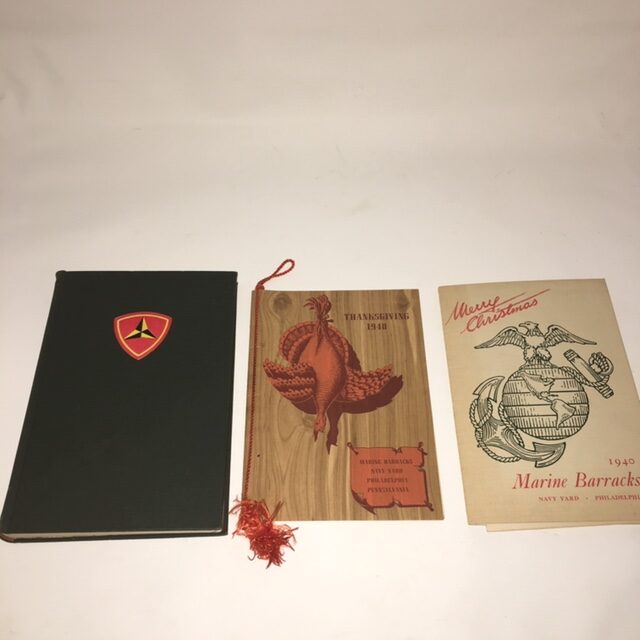 This is a set of World War II era U.S. Marine Corps books and various paperwork. The first of these items is a first edition book titled “The Third Marine Division,” complied and published by the Infantryman’s Journal in 1948. Tucked in the pages of this book is a letter written by either a spouse of significant other of a Marine to said Marine with a sketch on the back. The next of these items is a menu from Thanksgiving at the Marine Barracks Naval Yard in Philadelphia, PA, from 1940. The last of these items is a card of sorts titled “Merry Christmas, Marine Barracks, 1940.” Tucked inside of this is a menu for the 1941 Christmas Dinner as well as information about the events of that night (such as attendees). There is also a document detailing the rank of a soldier, a menu for a 1941 Thanksgiving Dinner, and a handful of paper patches supporting the Marine Corps.