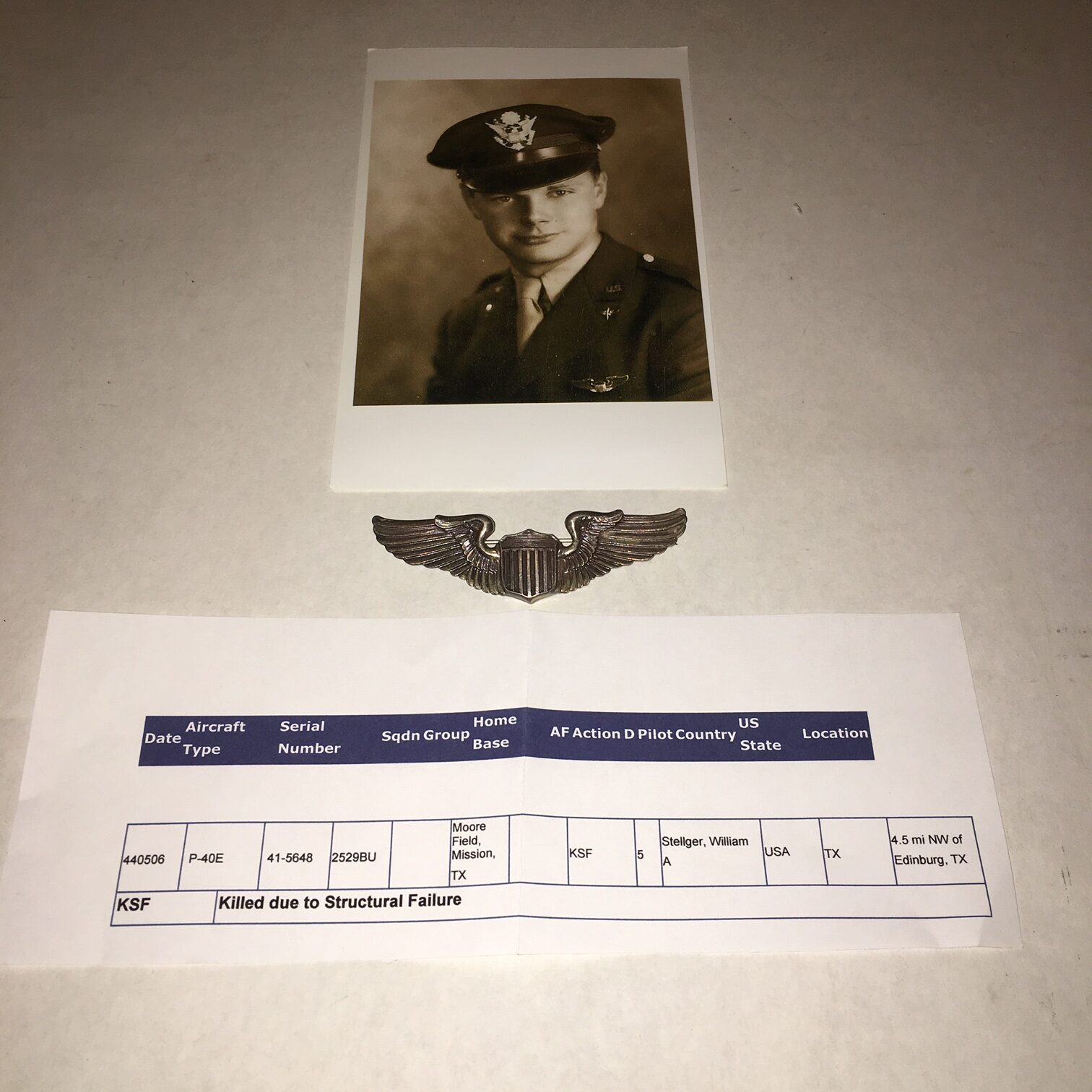 This is a World War II era named U.S. Army Air Force Pilot Wings. These wings were earned and worn by pilot William Stellger. Stellger was killed during a flight accident near Edinburg, Texas. As he was flying his P-40E, his plane encountered structural failure as he attempted to pull sharply out of a dive. There is a reprinted photograph of Stellger wearing the Wings, and the badge itself can be seen on his left coat breast.