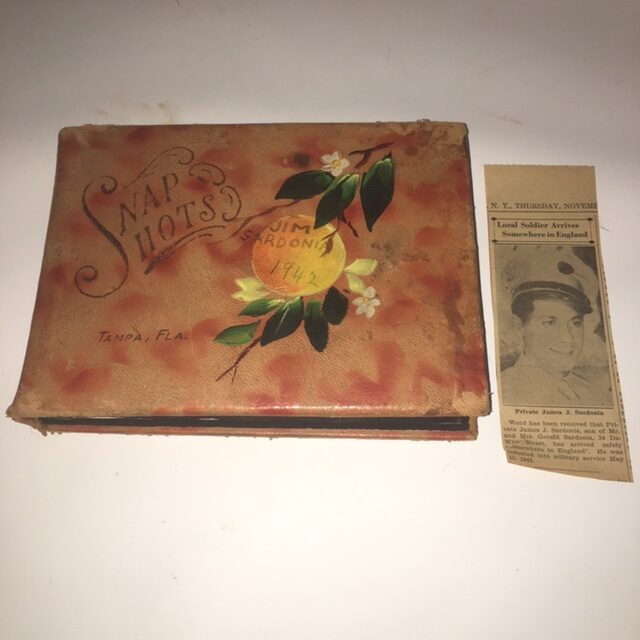 This is a World War II photograph album that was owned by a Private James J. Sardonia. This album contains dozens of photographs of Sardonia and his family and friends as he traveled across America from base to base prior to his deployment. This album primarily contains images of Sardonia during his time at “Mac Dill Field” based out of Florida, and included within is a brief newspaper article describing his deployment “Somewhere in England.”