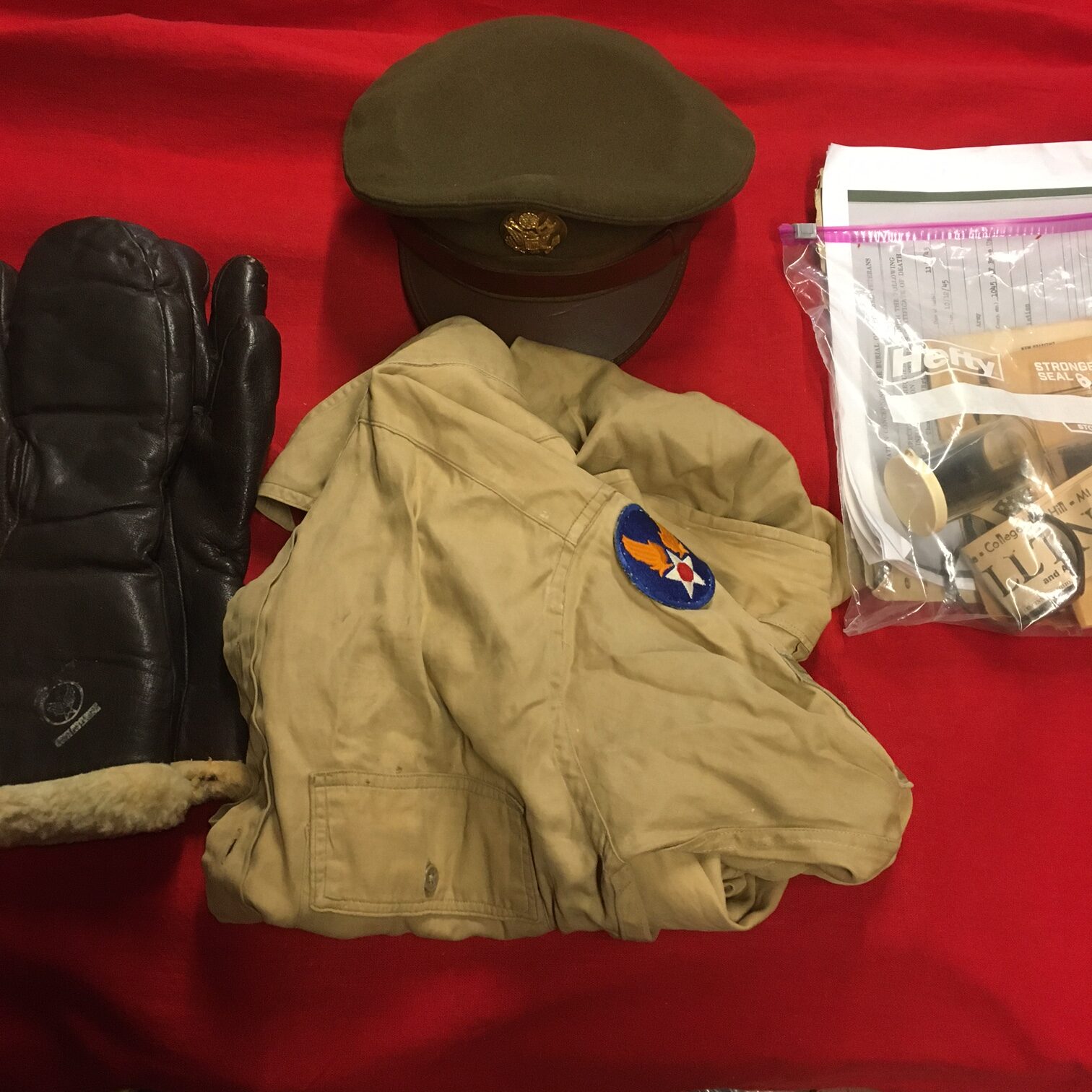 This grouping belongs to a World War II hero by the name of Thomas O’Brien, Sergeant and Gunner within the 8th Air Force 390th Bomb group. Sgt. O’Brien was one of the few men to independently shoot down a German Me 262 Jet Fight aircraft while on a bombing mission in April of 1945. The total content of this grouping is: a newspaper article, a copy of the confirmation of O’Brien’s shoot down, an air crewman sterling pin-back wings, a nice 8th Air Force sweetheart medal, patches belonging to O’Brien during his time of service, collar brass, an air medal ribbon as well as multiple awards, a rare pair of gold flake 390th Bomb Group BUI’s, his original dress cap and different named jacket (belonging to a “Burgess”), his original gloves marked with the Air Force stamp, negatives and prints of him and his plane, a leather watch band, 2 manuals, song book, map, certificate of meritorious service, a copy of his grave site with the 9th Air Force 390th Bomb Group, and a large bracelet comprised of a air crewman wing that was turned into a sweetheart bracelet. Tragically, Sgt. O’Brien survived the war, but was killed the day after he got home.