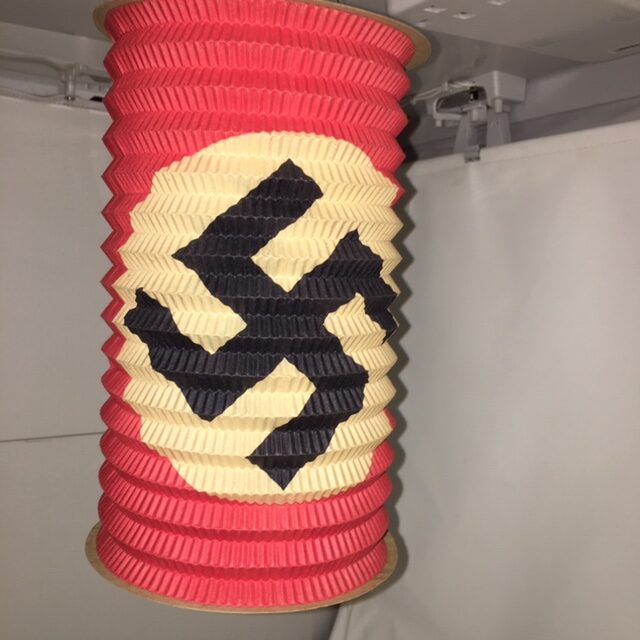 This is a World War II era German NAZI Party Lantern. This lantern is roughly four inches in diameter and (fully extended) is around nine inches in height. There is a small metal “cup” inside the lantern designed to hold a small lantern. Depicted on the outside of this lantern is the flag of the NAZI party, and it retains most of its original color with the white portion having faded slightly with age.