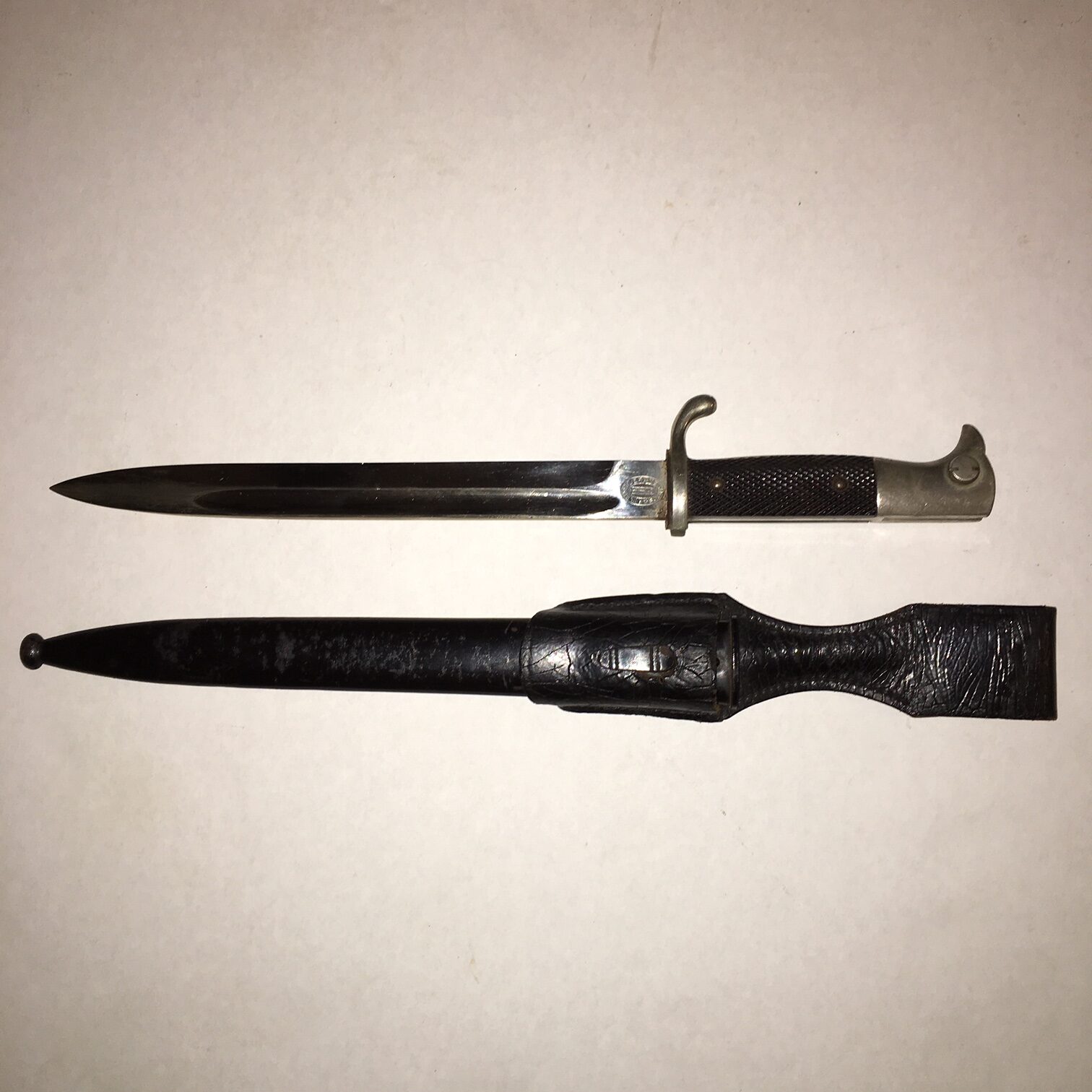 This is a World War II German Kar98k dress bayonet. This bayonet was manufactured by the F. W. Holler based out of Solingen, Germany, and is in overall good condition. There is some damage on the edge of the blade from where it was used in combat. There is also some wear along the grip of the blade and on the release button. Additionally, the blade looks as if it is canted slightly to one direction from some sort of use in combat, but this is hardly noticeable. The leather of the bayonet frog is cracked and wrinkled heavily from use, and the metal scabbard shows some rust and scuff marks.