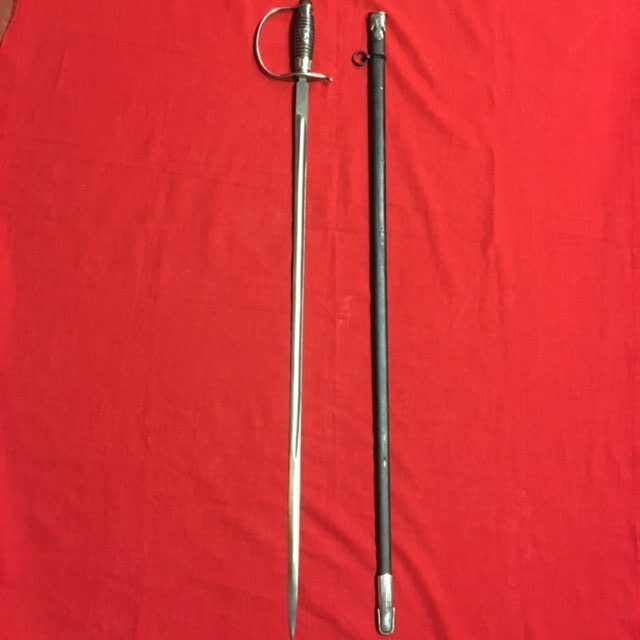 This piece is a rare World War II German S.S. Officer’s sword which was manufactured by G.I.s from components found at the seized factory located at Dachau. This sword, originally designed by Paul Mueller for use as recognition of an S.S. Officer’s rank, was never fully completed prior to the liberation of Dachau and the capture of the surrounding factories. A handful of these examples were cobbled together by the advancing American forces as trophies, thus the semi-crude fit of the handgrip and guard present here. Overall, this rare piece is in excellent condition, and it would be difficult to upgrade from.