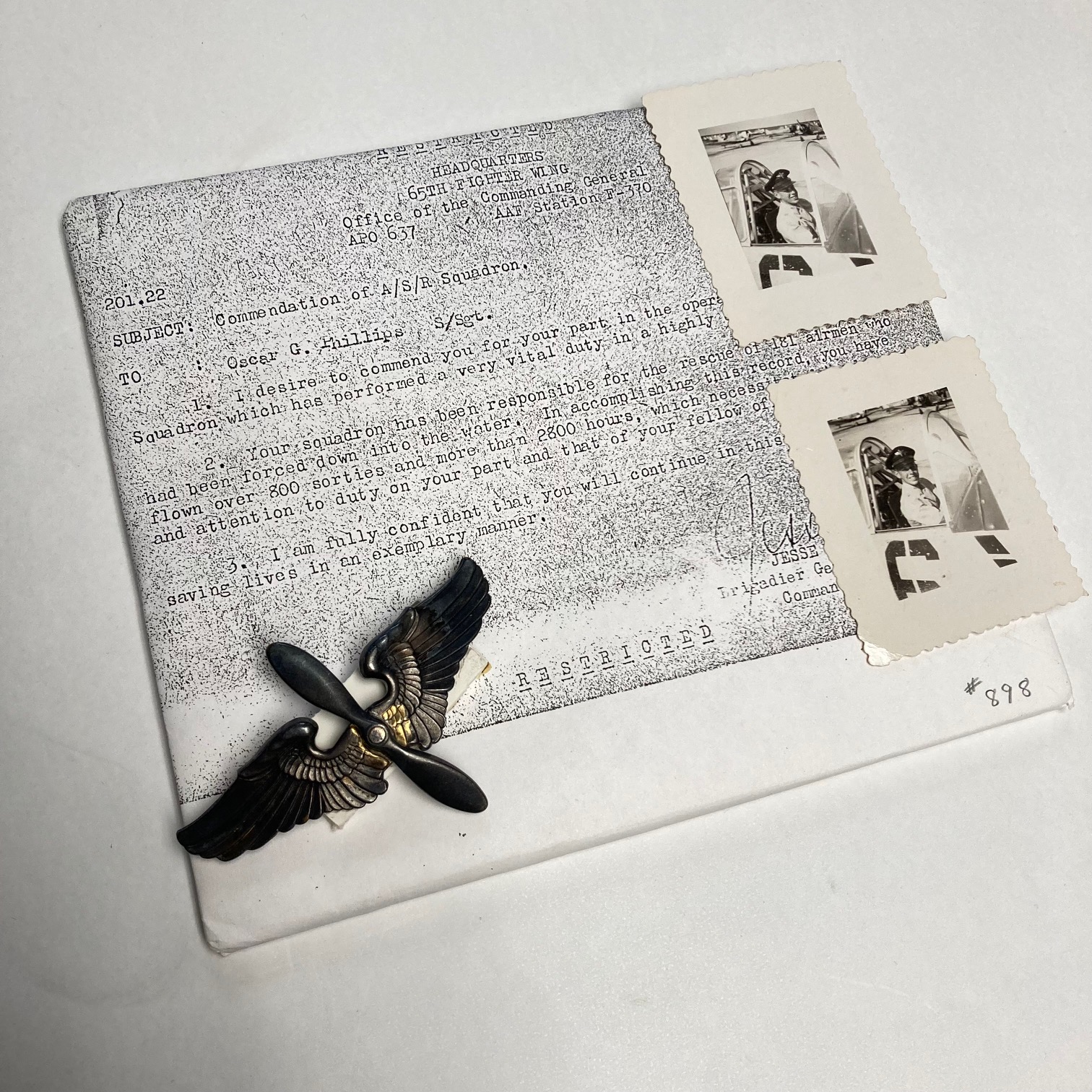 World War II era “Prop and Wings” Medal and Paperwork. For sale here is a “Prop and Wings” medal as well as a copy of paperwork for the commendation of “A/S/R” Squadron. In the paperwork, Brigadier General Jesse Auton commends the A/S/R Squadron for actions surrounding the rescue of 181 airmen who had been forced down into the water during the course of the war. Included with the lot is a pair of photographs of a man who served in the squadron during the war, but his exact name is unknown.