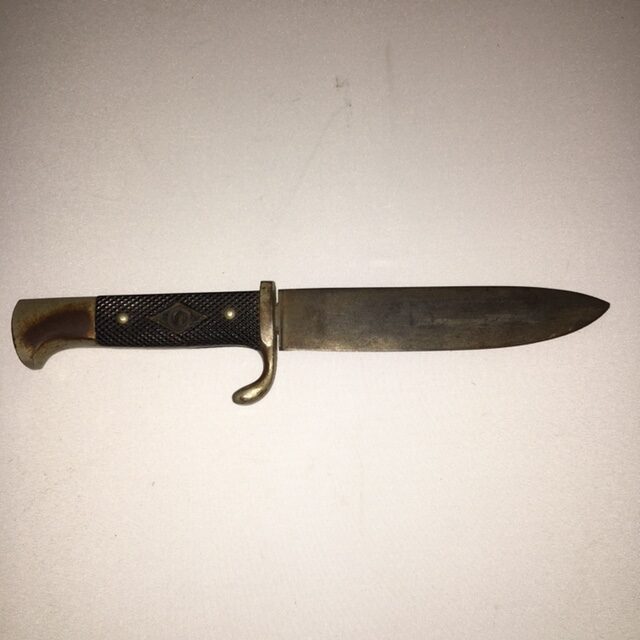 This is a World War II era Hitler Youth Knife that was manufactured by Robert Klaas from Solingen. The blade is marked “Rob.t. Klaas, Solingen, Gesetzl, Gesshutzt.” The blade is in good condition with some heavy rsuting and patina to portions of its surface, but the “Blut und Ehre” phrase is still clearly visible. The blade does not have a scabbard and there is some rust on the grip, and the cartouche is missing.