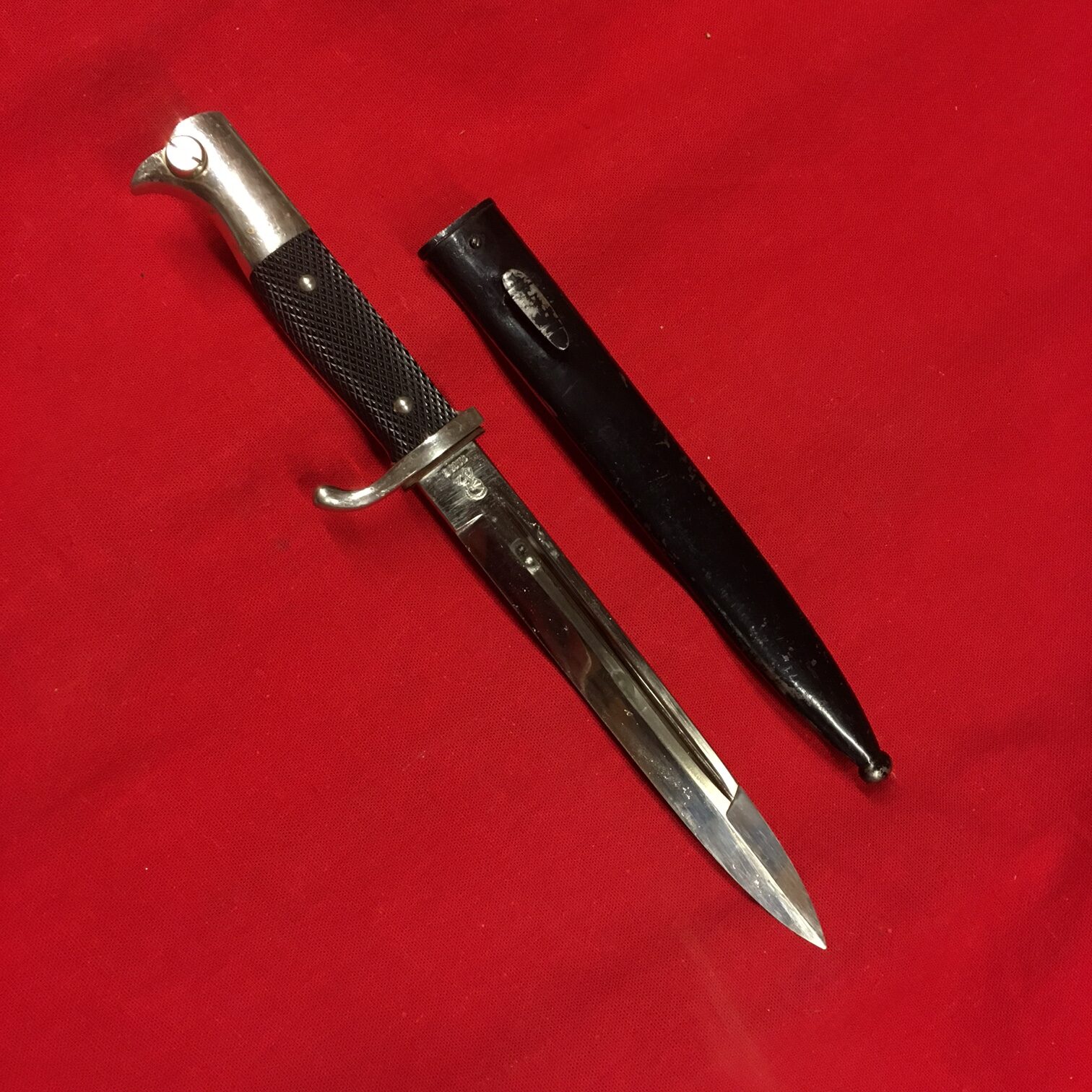 This is an early World War II era German K-98 parade bayonet that was manufactured by W.K.C. This bayonet is smaller than most manufactured, and the scabbard was made smaller to compliment its size. The fuller sits higher and is more narrow than most K-98 bayonets, although structurally the remainder of the bayonet is the same. The base bears W.K.C.’s stamp, and it can clearly and easily be seen.