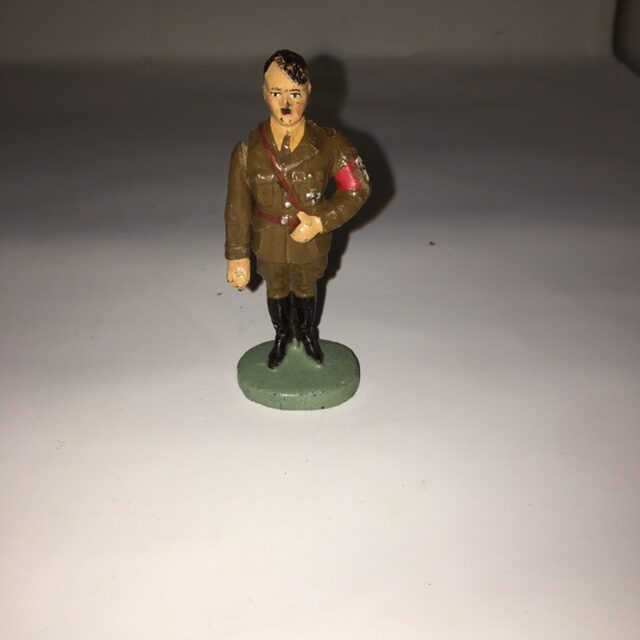 This is a World War II era Adolf Hitler figure. This figure was minted in Elastonin within Germany and retains all of the original components. The arm still functions and can be raised in salute, and the maker’s mark can still be clearly and easily seen under its base.