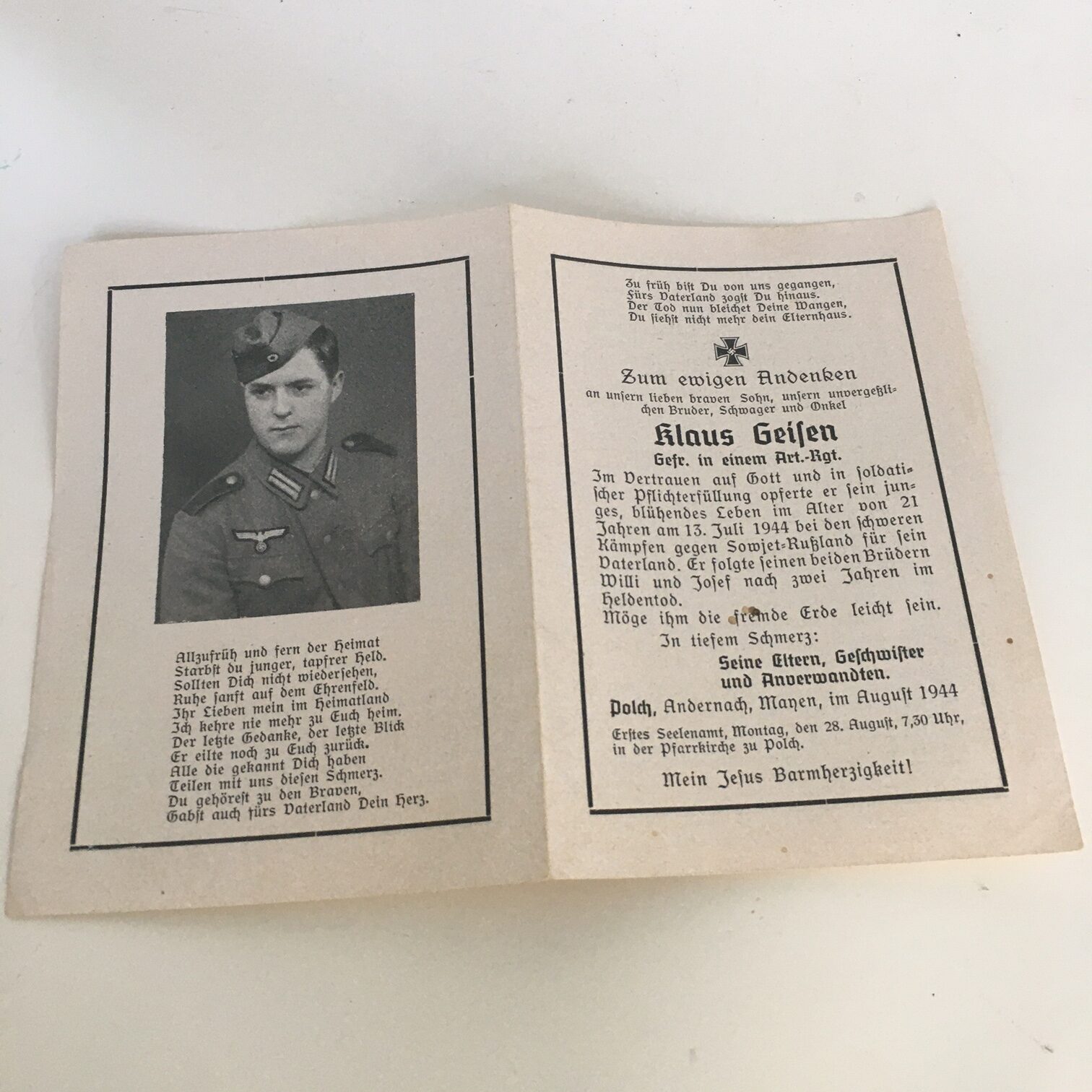 This is a World War II era German funeral card. This card was sent out in memorium of a “Klaus Geifen” who killed sometime in August of 1944. This card includes a potrait of the late soldier and has details regarding his passing, funeral services, and a poem in memorium of his passing.