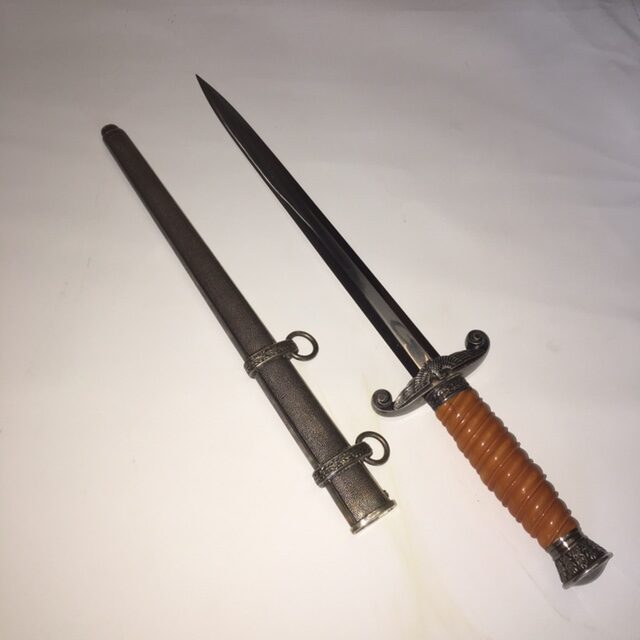 This is a World War II era early German Army Officer’s dagger. This dagger was manufactured by Eickhorn, and the maker’s mark can be clearly seen at the base of the blade. The dagger and sheath are in pristine condition with a nice patina present across its surface and few other signs of wear visible. The only sign of damage that detracts from this excellent piece is the swasitka emblem has been snapped off from the cross guard. Additionally, the pommel