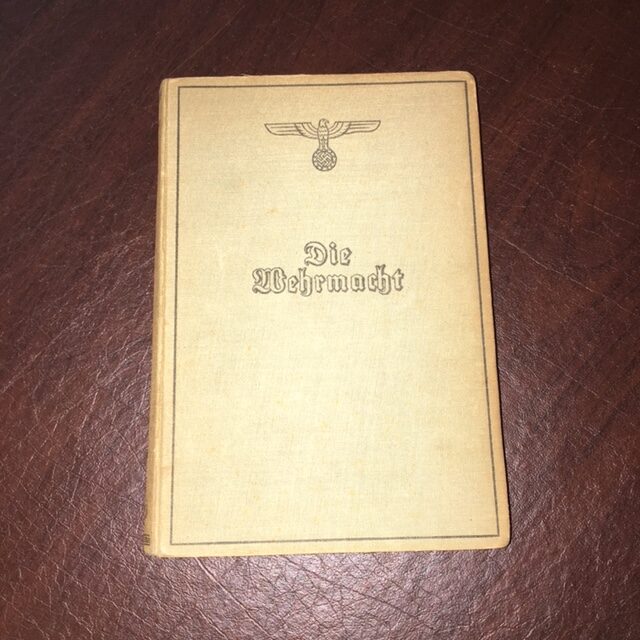 This is a World War II era 1940 edition of “Die Wehrmacht,” or “The Armed Forces,” yearbook. This book is in good condition, although it is worn slightly and yellowed heavily. The inside cover of the book is marked as having been owned by a “Hermann Bohermann.” The book comes with all of the original images, and an insert of a map of the German Army’s movement and actions in World War II until 1940 is included in the back.