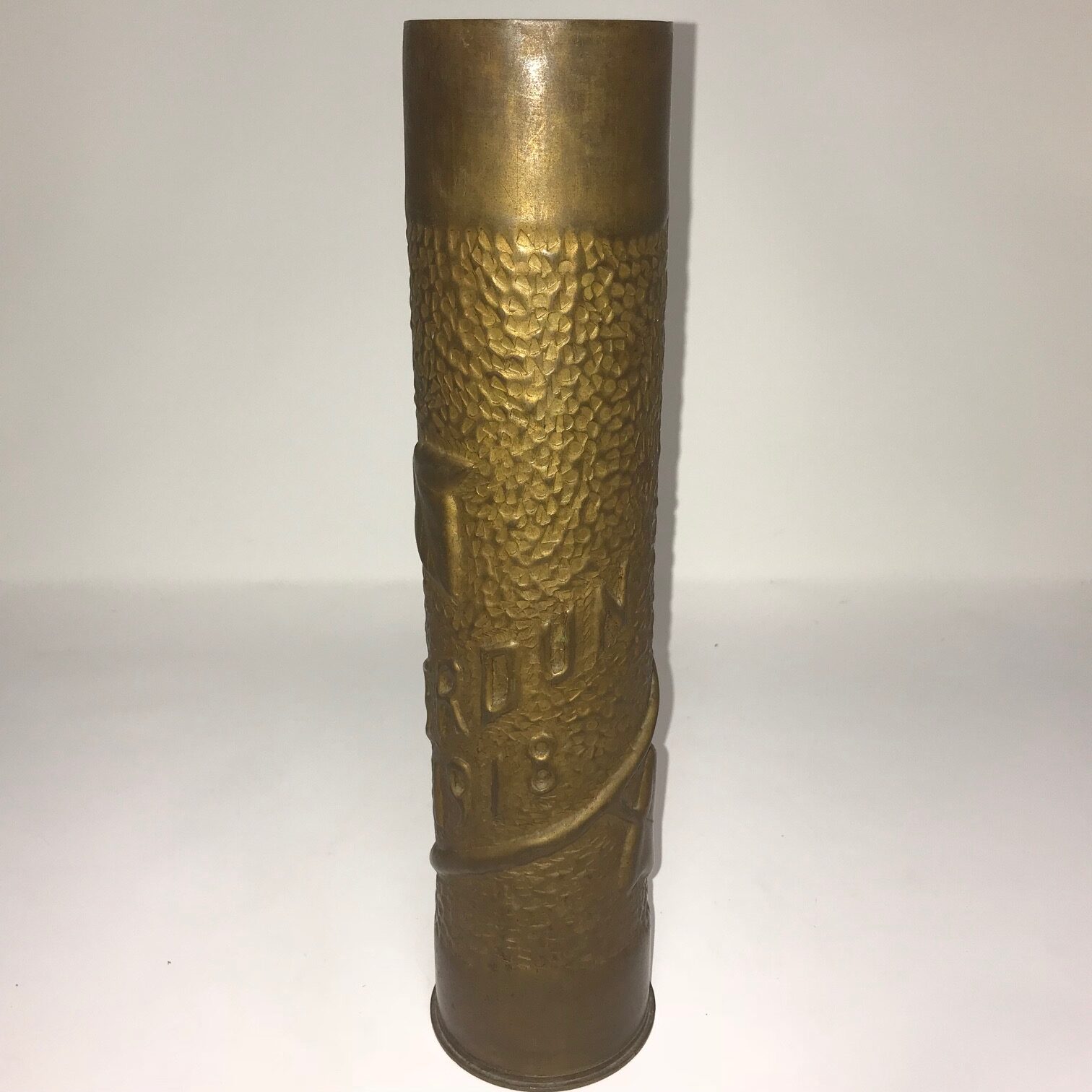 This is a World War I era piece of Trench Art. Made from a spent 75 mm shell casing most likely fired from a “Canon de 75 modèle 1897,” this piece of trench art has a large number of raised characters reading: “VERDUN, 1918.” On the shell casing are several vines with roughly drawn leaves on them as well as circular- and triangle-shaped stippling all over the shell. Additionally, there is a strange symbol which appears to be a two-barred cross. The base of the shell reads, “75 DE C, SC 713 L 17, B 7.”