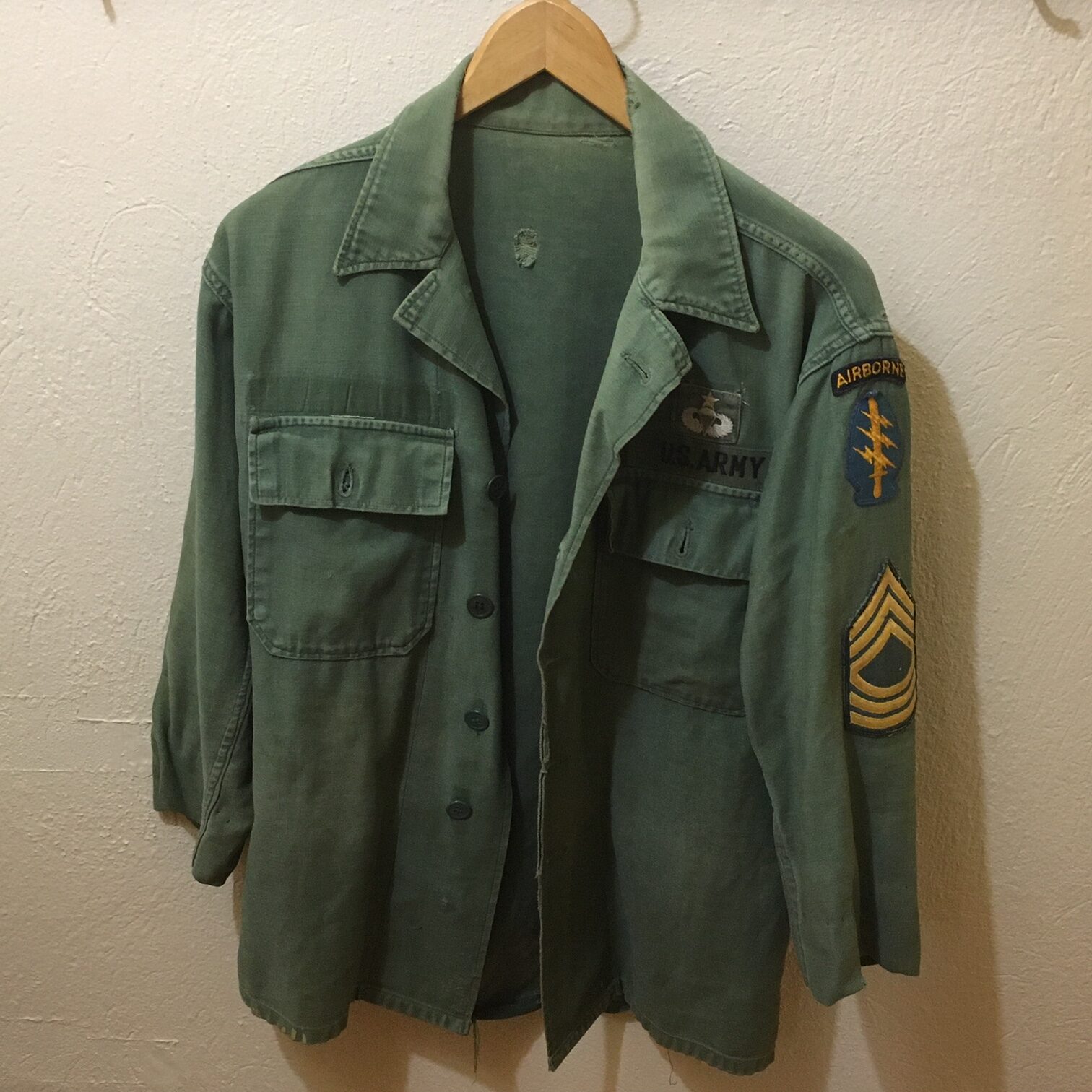 This is a Vietnam War era field jacket with patches indicating it belonged to a member of the special forces. On the left sleeve the blue and yellow patch of the special forces is clearly visible below a patch reading “AIRBORNE.” The arrowhead of this patch is an acknowledgement of the great skills of the American Indian, skills learned by the Special Forces. The lightning bolts represent land, sea, and air—the three ways in which Special Forces infiltrates an area. The knife traces its lineage to the unit knife of the First Special Service Force of World War II, a forerunner of Special Forces. The patch below (and also on the opposite arm) indicate this man was also a Master Sergeant. The patch on the left breast of the jacket is a parachutist patch above the words “U.S. ARMY” indicating this man successfully completed several jumps. There are some holes and rips on the jacket: on the base of the shirt, near the collar, and at the top of the back.