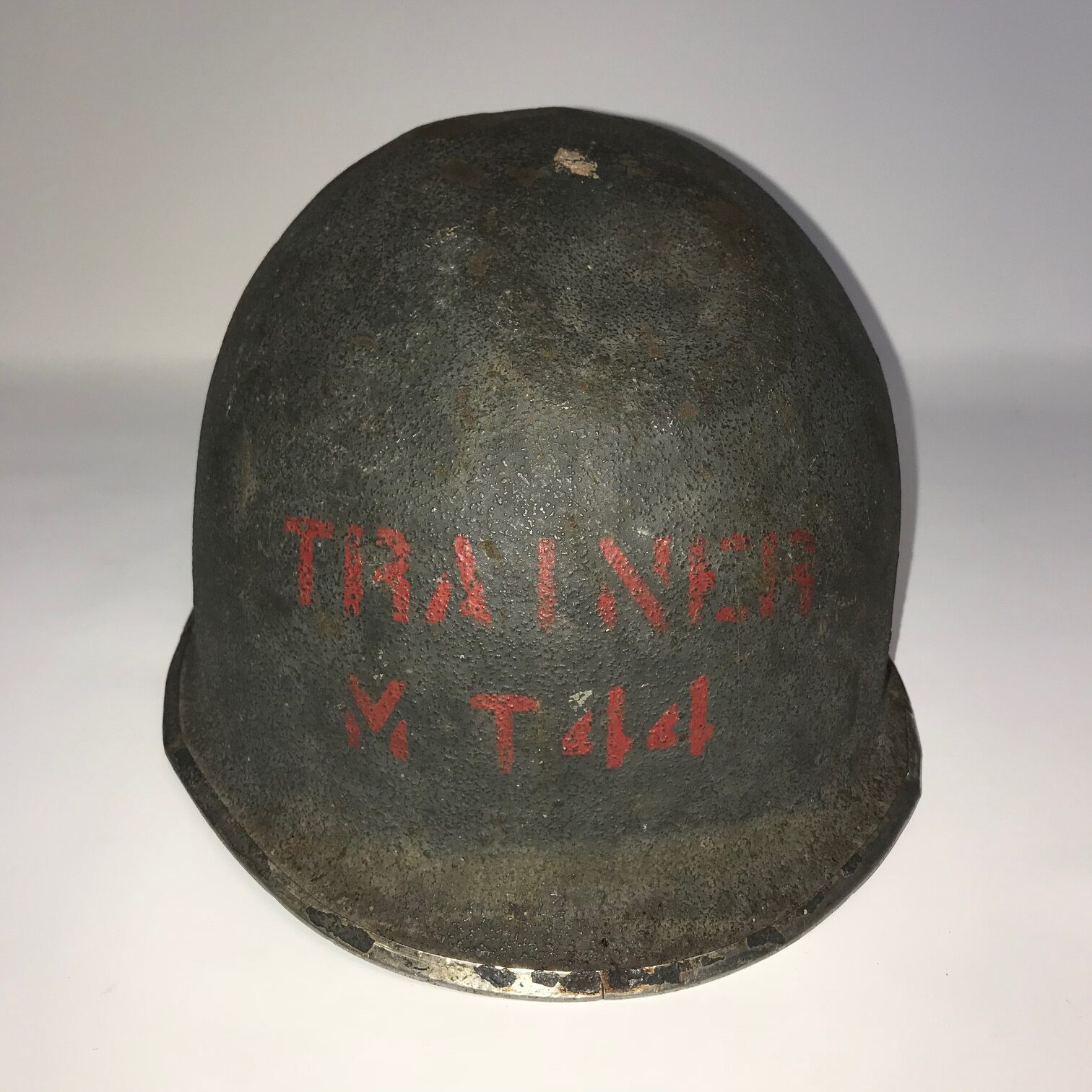 U.S. World War II Navy “Trainer” Helmet Shell. The helmet was painted battleship gray and the following is stenciled on the front in red paint: TRAINER M T44. According to a Navy veteran I know, this helmet was used by a trainer of a ship’s anti-aircraft gun. The trainer would sit in the right seat of the gun and the pointer would sit in the left seat. M T44 refers to Gun Mount #4 on the port side of a ship. Shell has one large dent at the top. This is a rather rare untouched World War II Navy helmet that was used on a ship. Condition is fair with some rust.