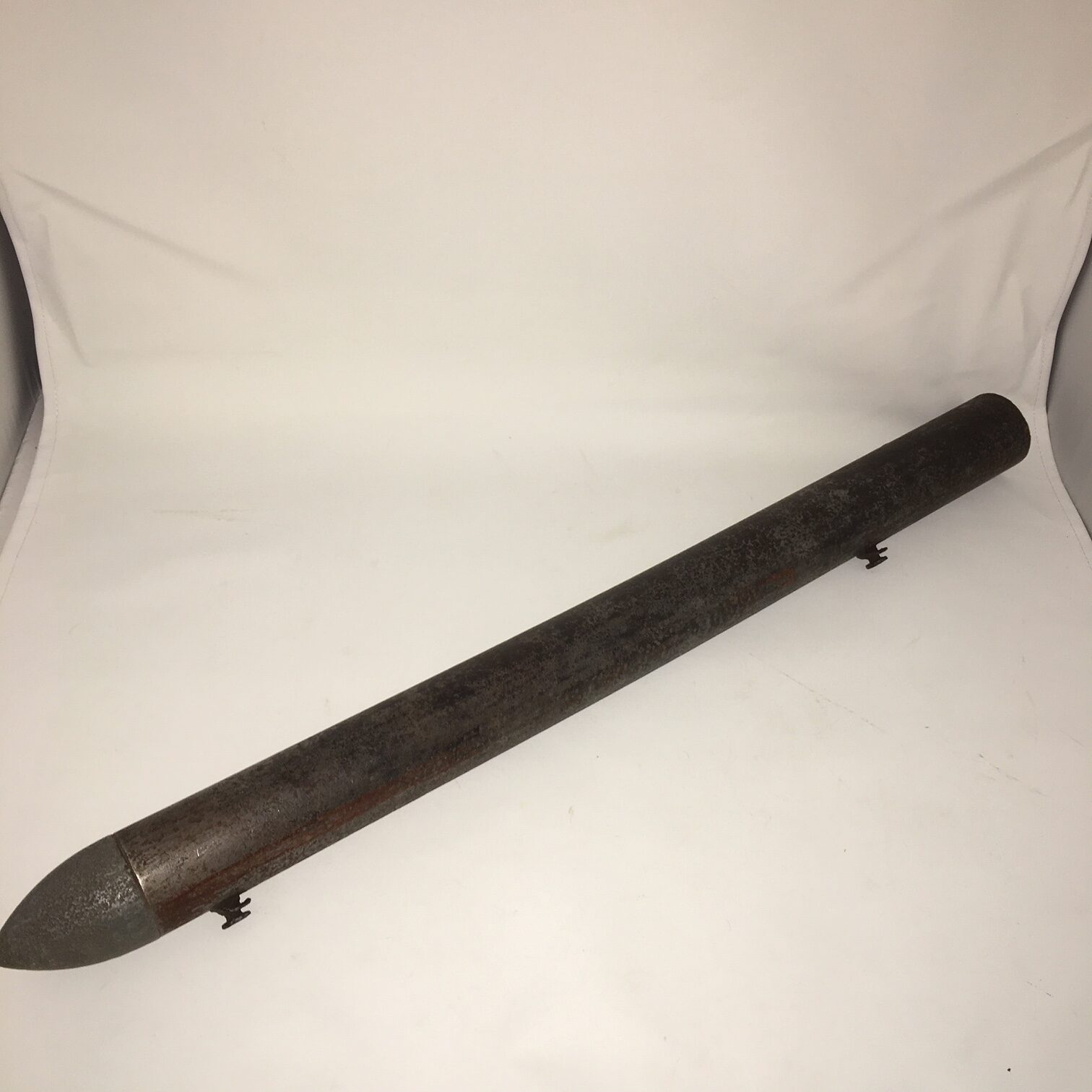 This is a U.S. Air Force practice bomb. The bomb is roughly 40 inches in length, is of all steel construction with an inert steel head, and has a pair of lugs which would have attached the bomb to a wing of a plane. The bomb was found at the Millville Army Air Field in Millville, New Jersey, and was unearthed a few decades ago. There are no markings down the length of the bomb, but it appears to be from some time after World War II.