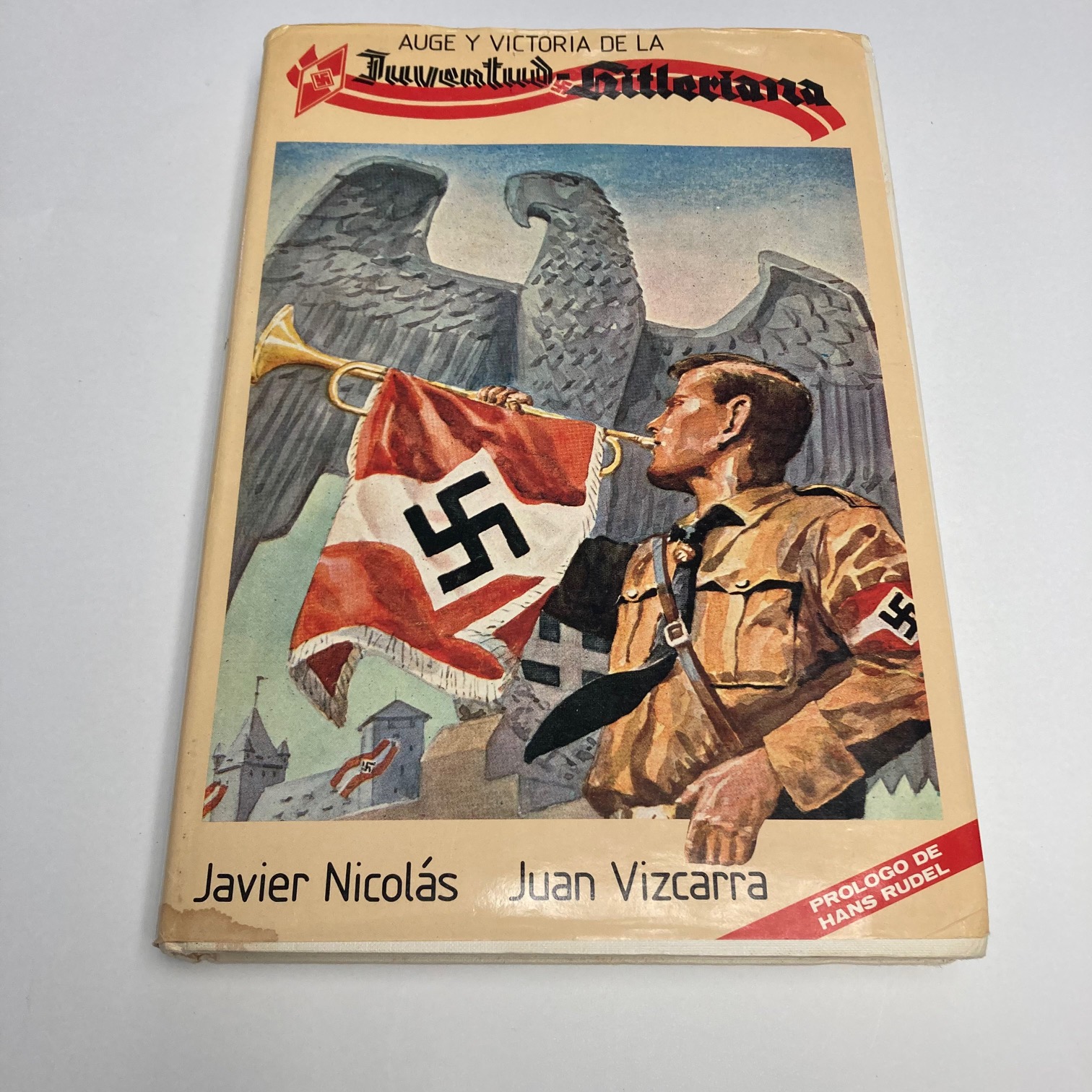 Spanish Photo Book about the “Hitlerjugend” (Hitler Youth). The book is written entirely in Spanish with the occasional German caption (translated into Spanish later) and appears to have been published somewhere between the 1980s and 1990s. The book has a forward written by Hans-Ulrich Rudel in Spanish, and features notes taken directly from surviving members of the Hitlerjugend and its leadership.