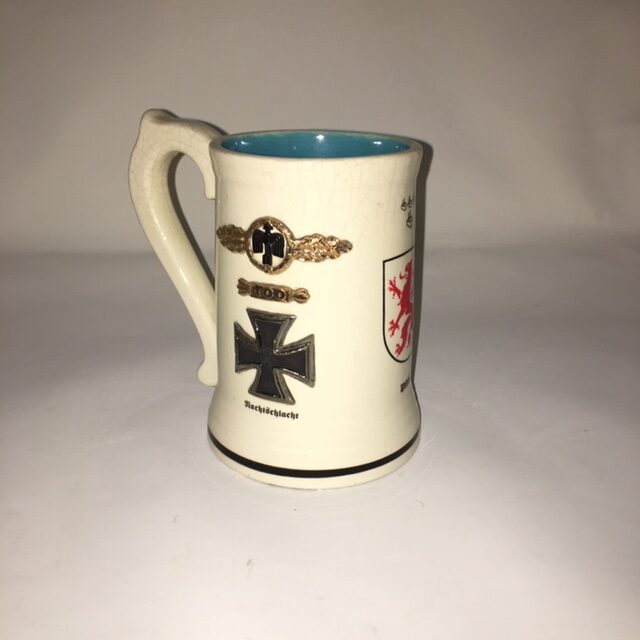 This is a replica World War II German beer mug. This mug has several medals pasted onto it on either side, including an Iron Cross with a small swastika engraved onto it along with the year “1939.” Additionally, there are markings printed onto the mug including four factories (three small and one large), a train, and a red griffin upon a shield. The words “Oberlt Deter Drechsler” printed on the mug underneath a German eagle and the phrase “4.(H)/21.” The base of the mug is marked as being made in Berlin along with the number “676.”