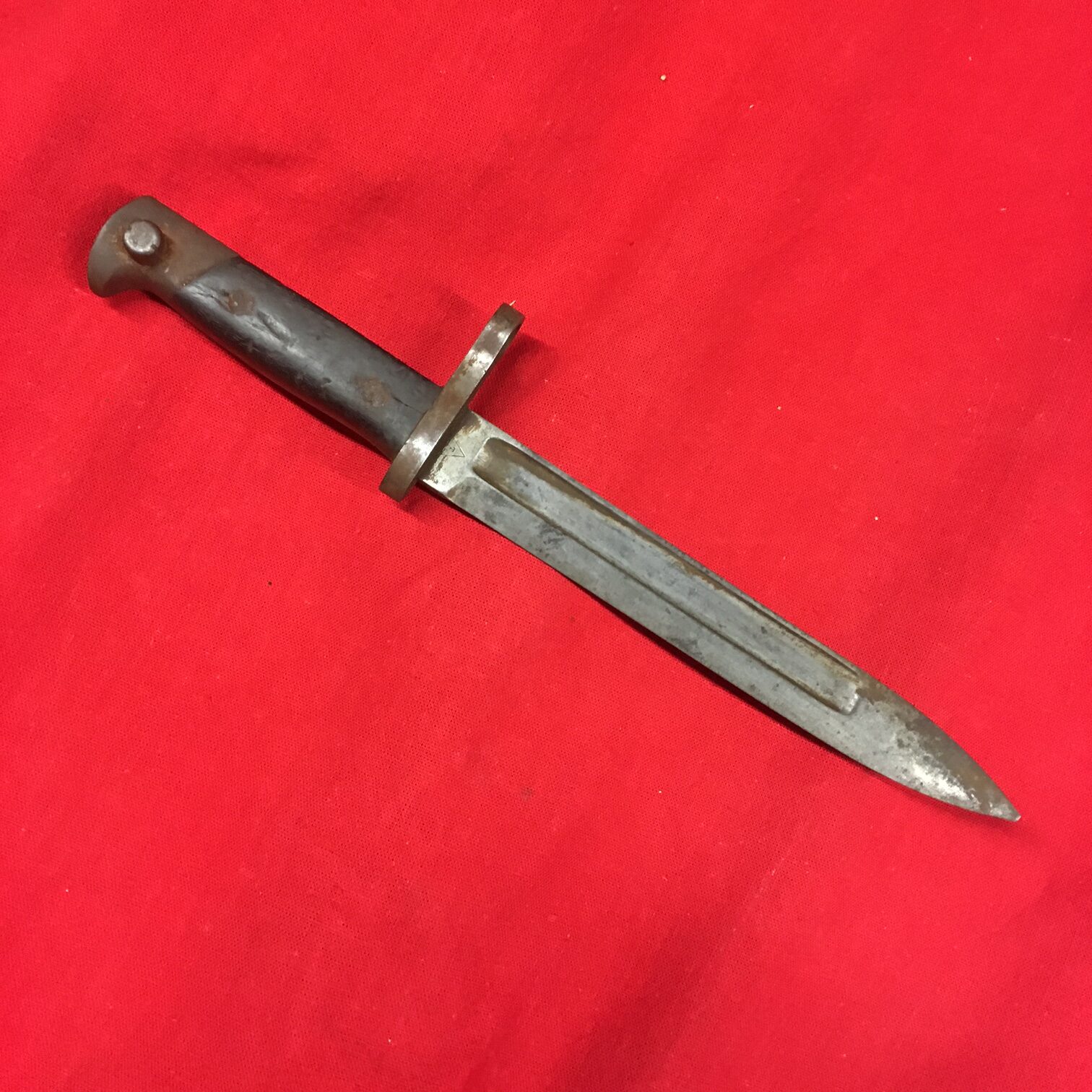 This bayonet was once issued to the uncommon and unique rifle that was the U.S. Navy’s Lee Straight-Pull Rifle. This rifle was issued and used briefly in the late 1800s early 1900s, and the bayonet dates to that era. The bayonet has some light signs of rust and wear, although it does not cover a large portion of the blade and is mainly found on the base and guard. The marking of a “T” in a triangle can be found at the blade’s base, as well as a nice patina across its surface.