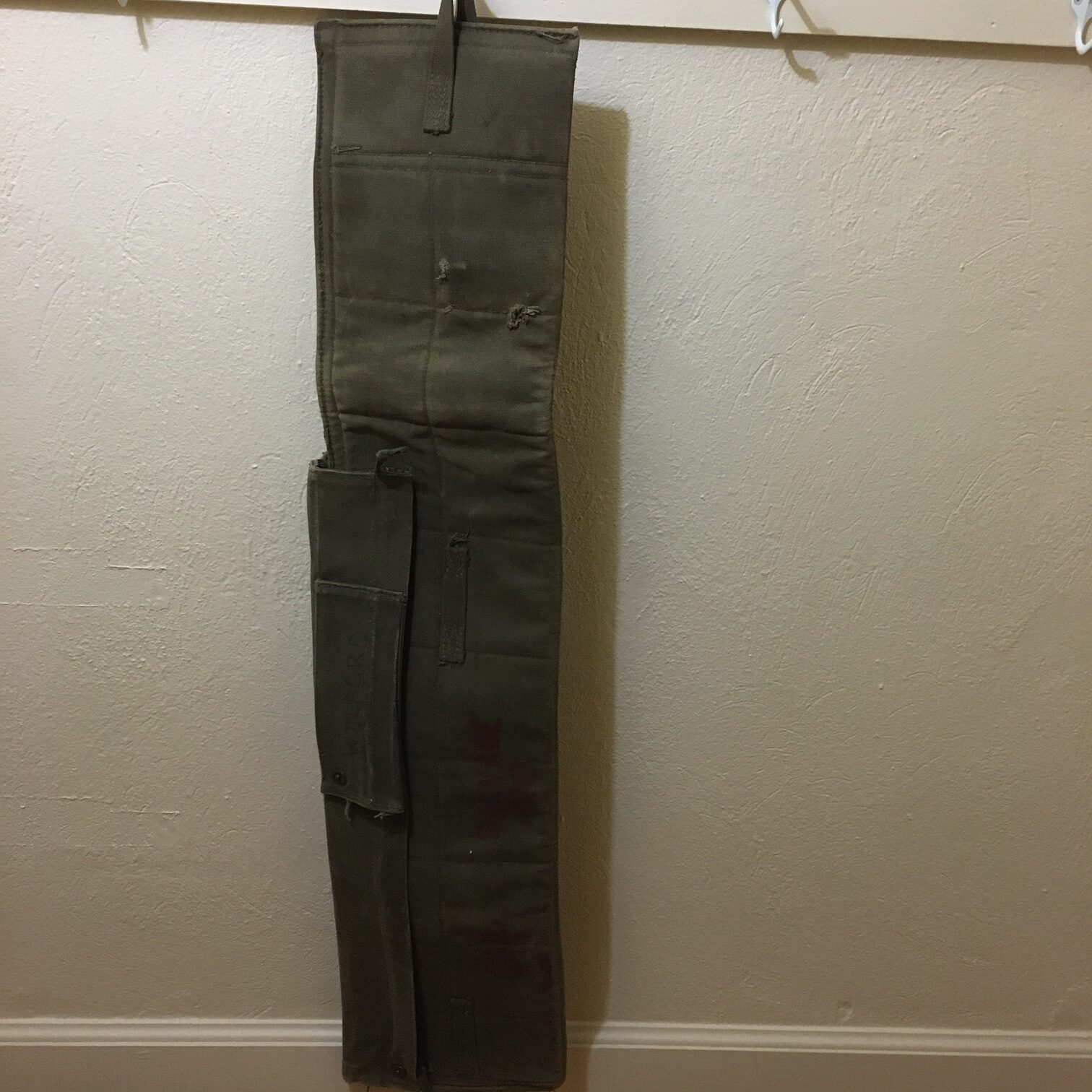 This is a post-World War II U.S. Airborne paratrooper rifle bag. This bag was manufactured after World War II most likely for use during the Korean War. The bag shows some signs of use and wear externally in the form of a small hole, and there is some red paint on the outside of the bag. There are also some words painted on reading as: “SALVAGE ____” (with the “___” being words that became melded together). The name “WILFORD” is written on the pouch portion of the bag as well. The inside of the rifle bag is in pristine condition and shows almost no signs of wear or damage.