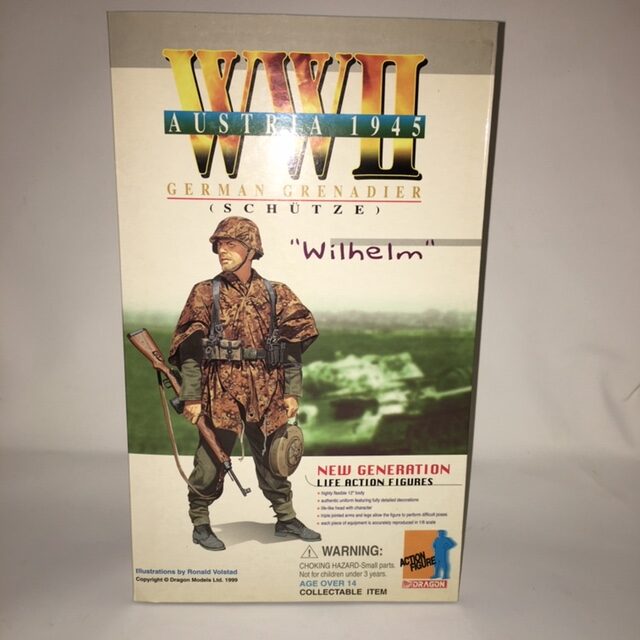 This is a “New Generation Life Action Figure” that is a “German Grenadier.” This action figure is modeled on a German Grenadier who would have served in Austria sometime during 1945. This Waffen soldier comes with the standard gear in addition to zeltbahn with an oak leaf pattern as well as an M40 Helmet with the similar pattern. This soldier is also equipped with a Tellermine 42 and is armed with a G-43 with a detachable magazine.