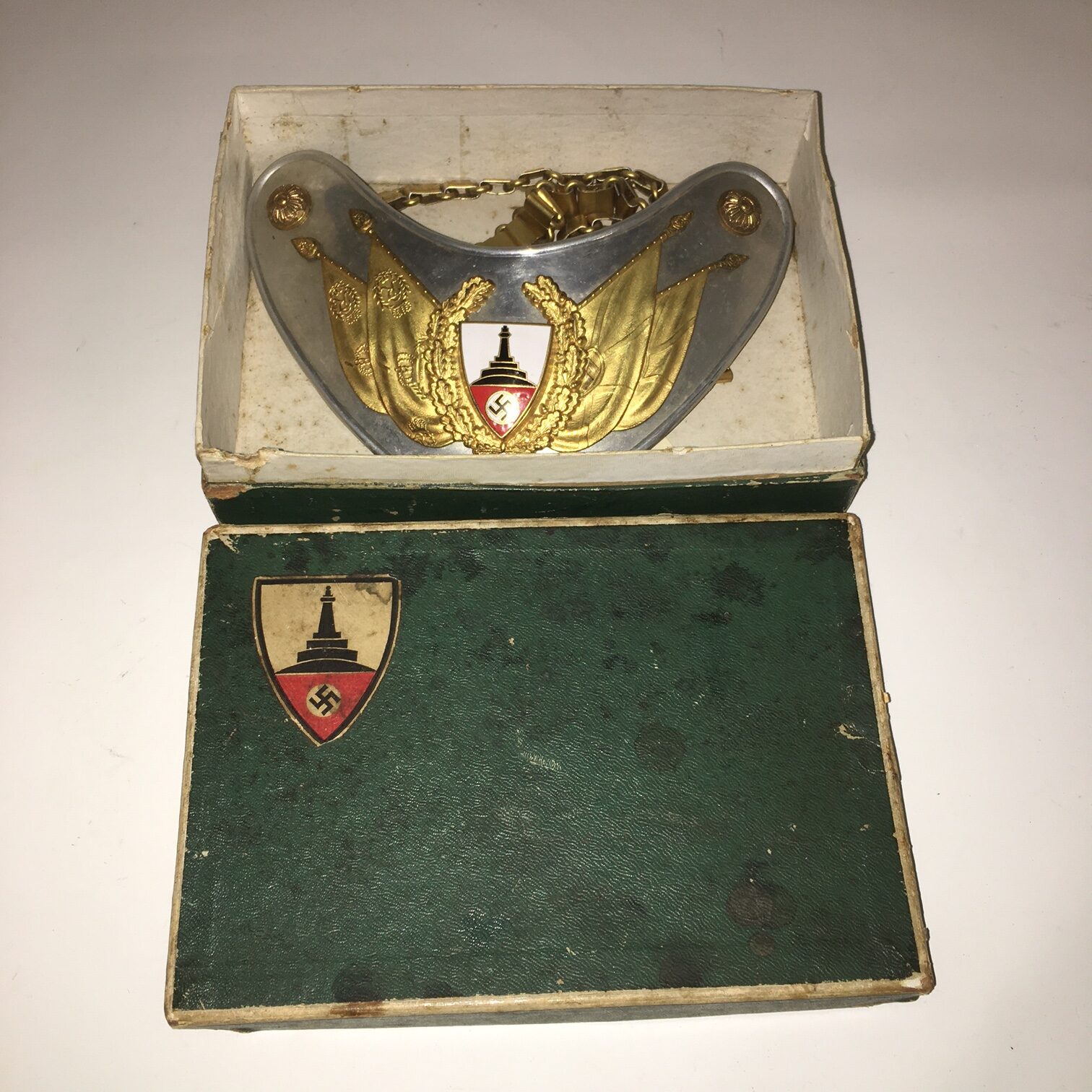 This World War II era German Veteran’s Association gorget is in pristine condition, and comes in the box that it was originally issued with. The gorget has all of the original markings of the Veteran’s Association, and all of the minute details such as the swastikas and iron crosses on the chain are easily and clearly seen. The blue felt backing is in good shape with some small marks of dust and wear, and the Imperial German banners on the left and National-Socialist banners on the right of the gorget’s face show the details equally well. Overall, this item is in incredible condition for its age, and would be a fine addition to any collection.