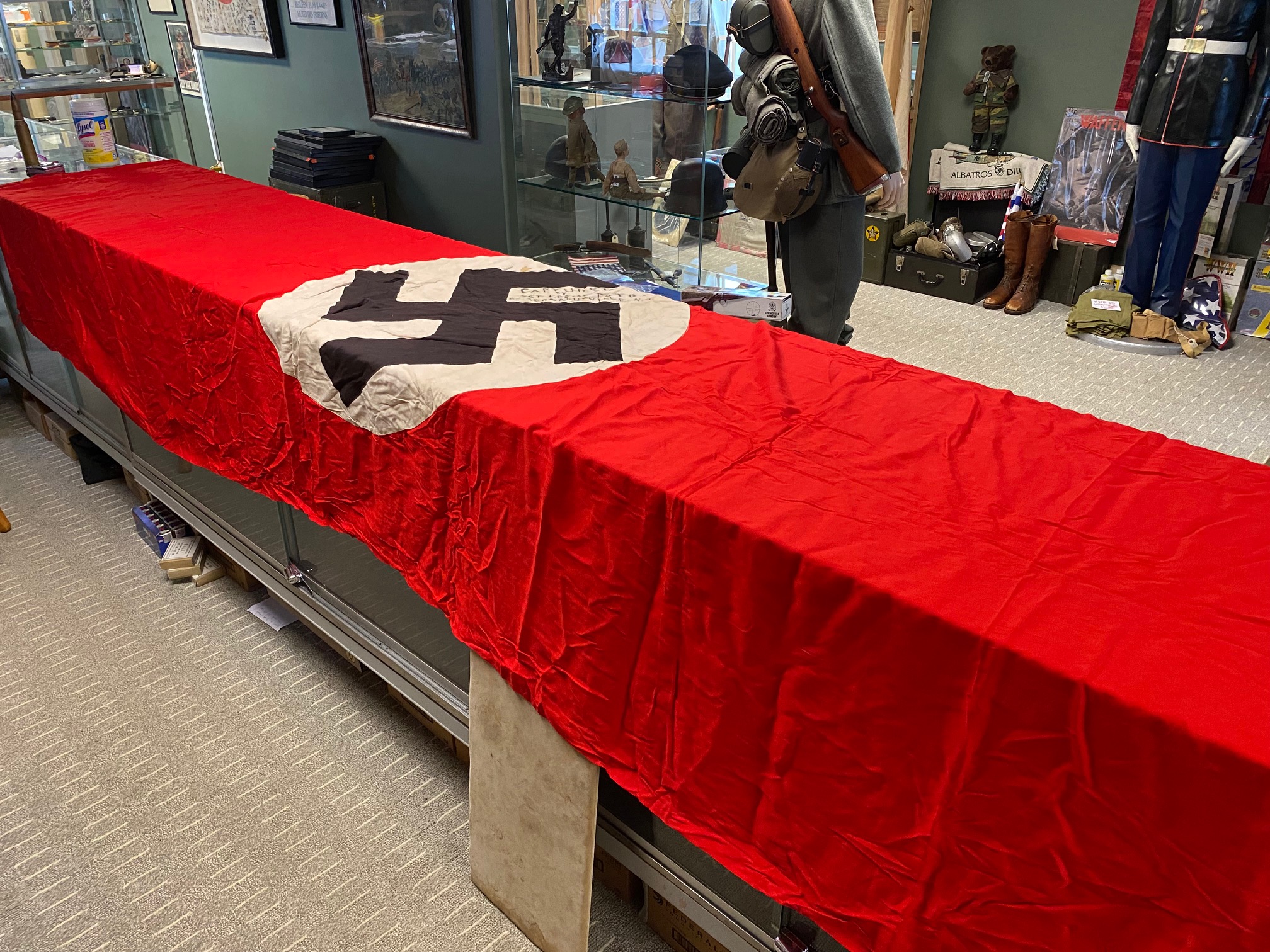 This is a massive World War II era German Banner Flag. This flag is approximately 12 and a half feet long and 5 feet 10 inches wide. This flag is in excellent condition with the only wear being a small hole above the swastika and has never been in a collection. The original owner was a man by the name of Sgt. Cosmo Toto. Sgt. Toto served in the 10th Infantry and fought in the Ardennes, the Rhineland, and across Central European. He received a Purple Heart, a Combat Infantryman Badge, and by the end of the war had earned a Bronze Star with three battle stars.