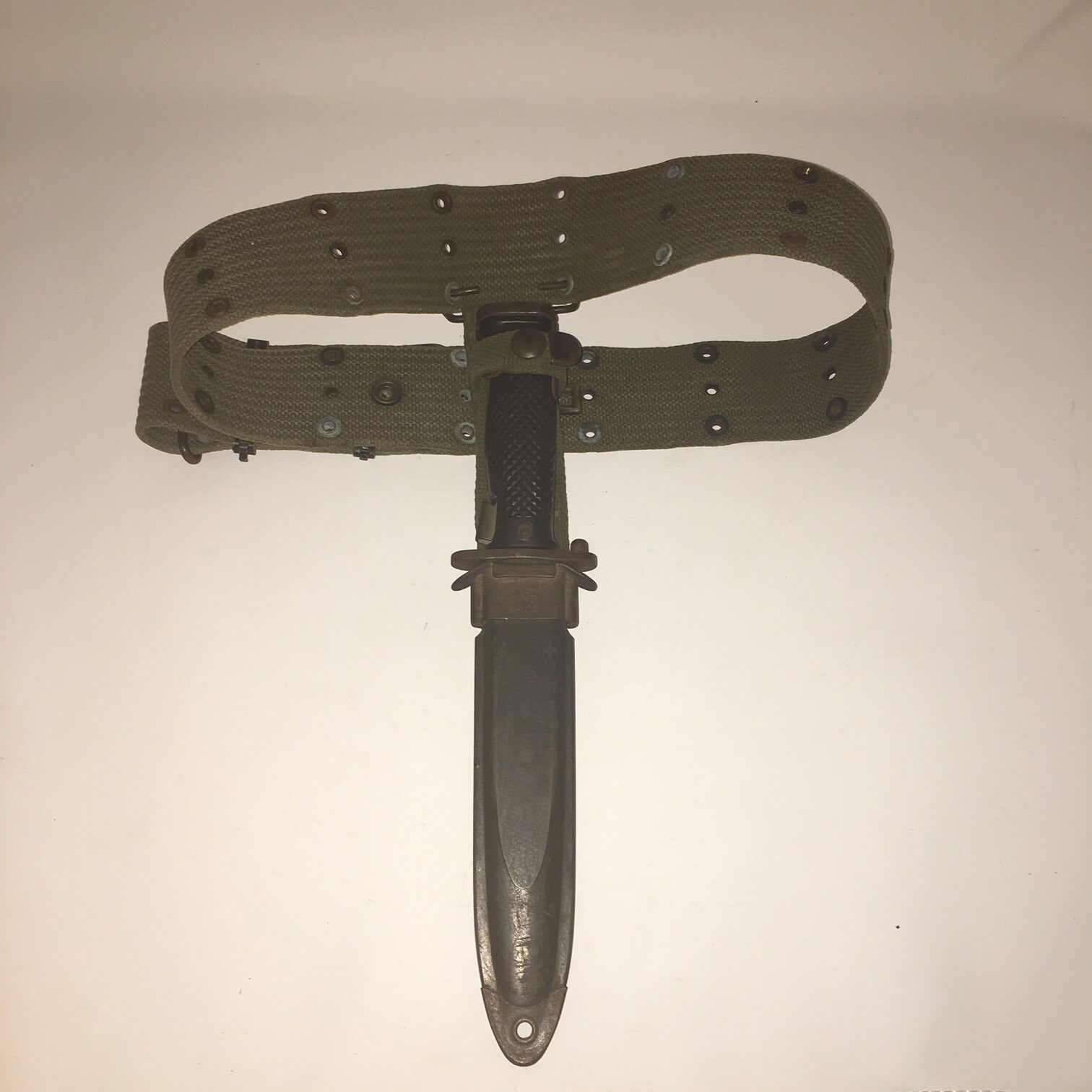 This is a Korean or Vietnam War era M1 Garand M5 bayonet with an M8A1 scabbard and belt. This bayonet was first adopted in 1953 by the U.S. military to replace the last bayonet used with the M1 Garand. This is the only U.S. bayonet without a barrel mount ring as well. Stamped on the cross guard are the words “U.S. M5” and “IMPERIAL,” and stamped on the scabbard are the letters and numbers “U.S. M8A1 V.P. Co.” The belt which the scabbard is attached to is marked “U.S.” and appears to be a standard-issue belt from that time. The blade of the bayonet is straight but shows lots of signs of wear from use. The metal parts of the scabbard and bayonet grip show some signs of rust as well.