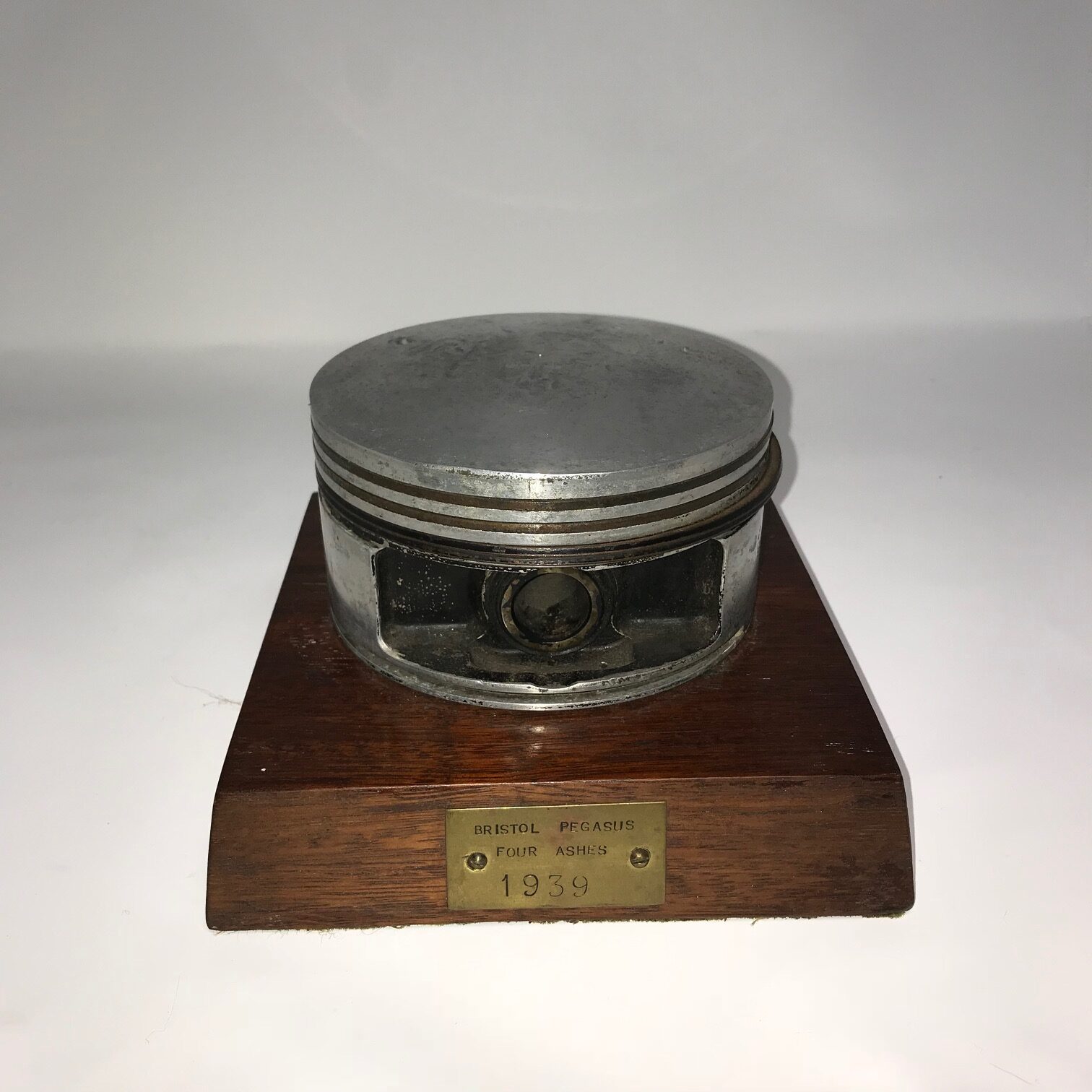 This is a World War II era Bristol Pegasus aero-engine piston. This piston is from a plane which crashed on November 28, 1939, in a dense fog over “Four Ashes” in Widner End located near High Wycombe in Buckinghamshire, England. The crash site was excavated in 1981 and the piston was found in a broken off cylinder. Included with the piston is a letter from the original owner describing the history of the crash as well as where the piston was found in addition to a handful of reprinted documents which discuss the various types of aero engines and the “Pegasus” parts.