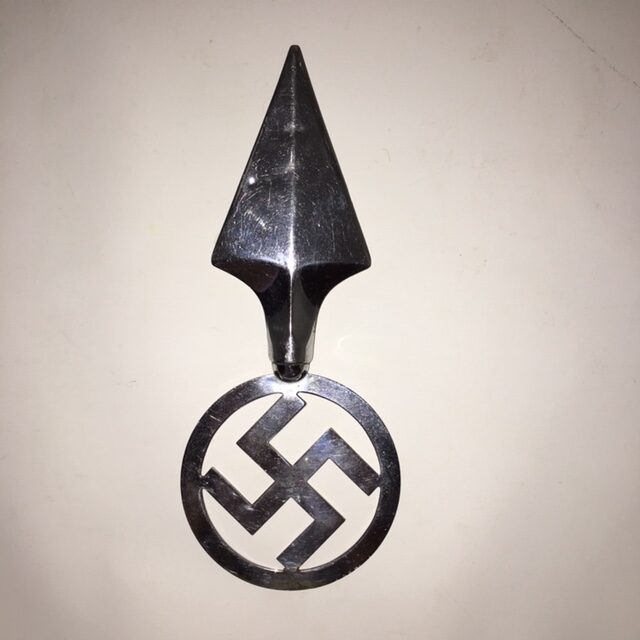 This is a World War II German flag pole spear point or a possible hood ornament. This object is entirely chromed and has a dent in one side of it. Additionally, there is some small wear near the base of the spear point / ornament from where it was removed from its original mount. This could have been either the tip of a flag pole or a hood ornament from the time of the Third Reich.