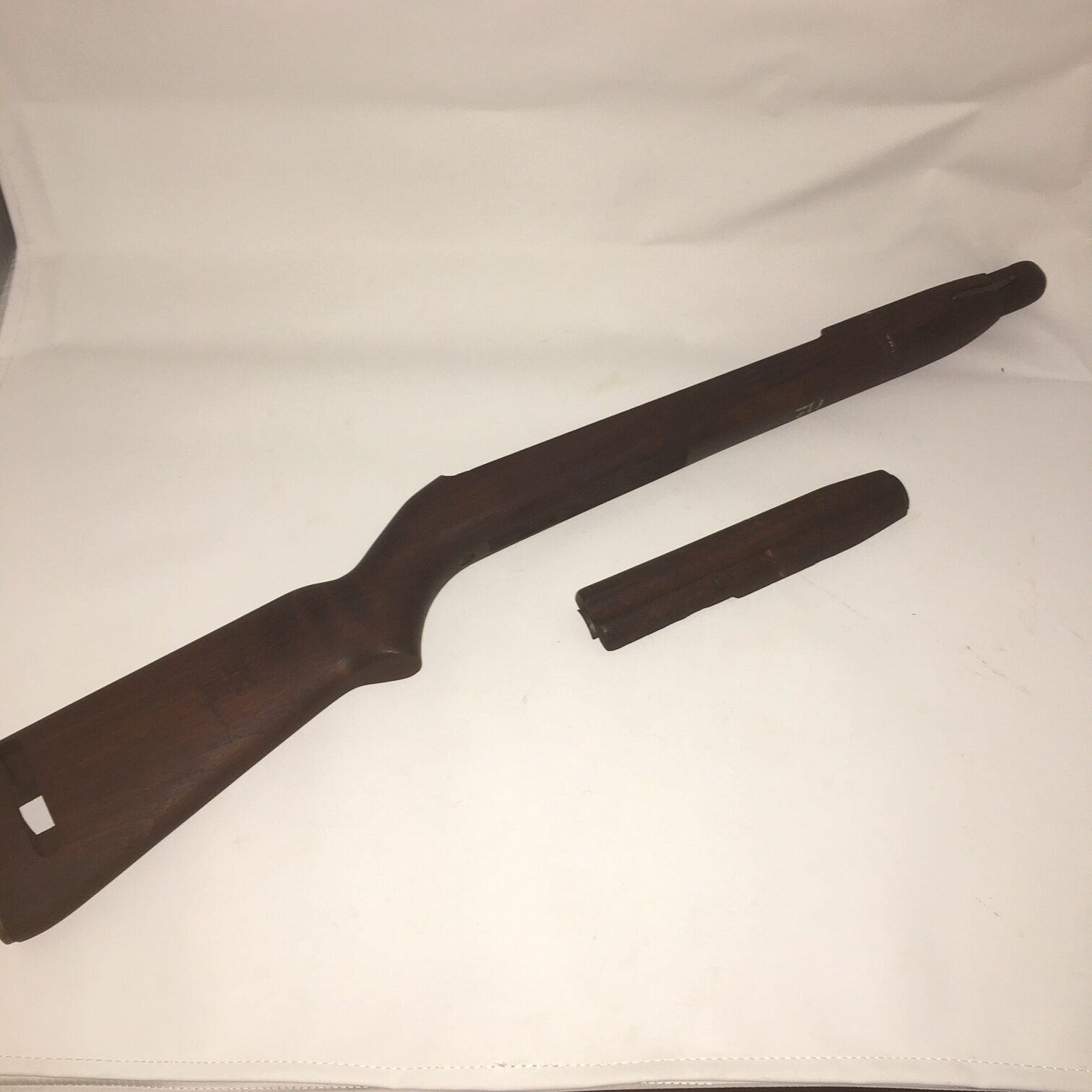 This is a World War II era Rock-Ola M1 Carbine stock. The Rock-Ola company, based out of Chicago, Illinois, is most famous for its jukeboxes. However, during World War II the company produced a small number of M1 Carbines as a part of the “Arsenal of Democracy,” so few, in fact, that they are one of the rarest production models in existence. This stock is in very good condition with only small signs of wear here and there in the form of scratches and scuff marks. At the butt of the rifle, a steel Inland butt plate is attached. Near the sling point, the letters of “RMC” are visible. Further down the stock, the letters “RMC” are also visible outline in a rectangle above the mark of the Ordnance Department. Near the grip of the stock, a letter “P” is visible. There also appears to be a number “70” painted on the lower hand guard.