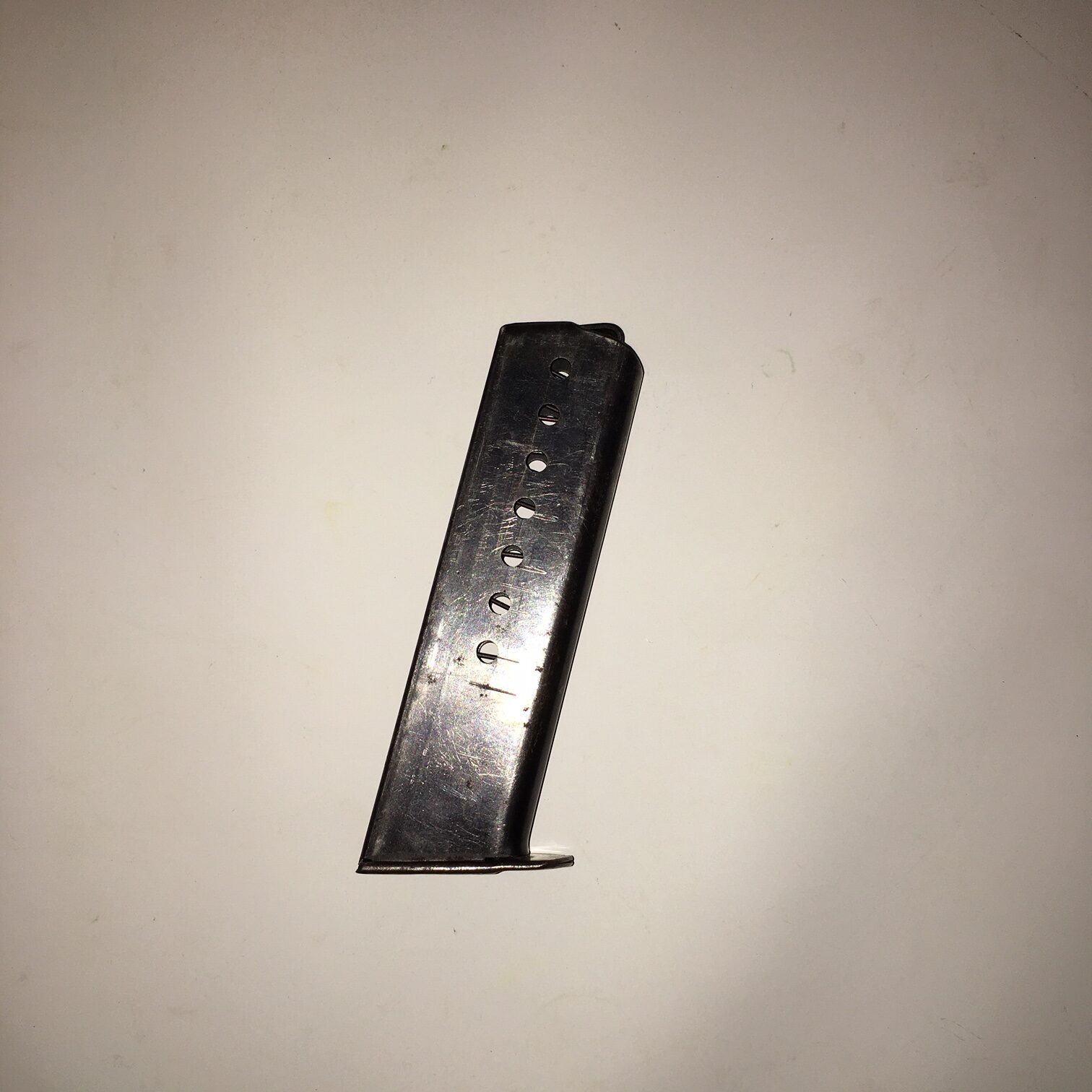 This is a World War II era P38 Magazine. This magazine holds 8 rounds and the spring inside still holds a good level of tension to it. The magazine shows the usual signs of wear from age and use, most notably several marks down the sides of the magazine from where it was loaded / unloaded into the original handgun. The magazine’s surface also shows several scuff marks and scratches, and there are some small traces of rust near the magazine’s lip. The magazine also has a series of letters and numbers stamped into its base reading as: “8164d.”