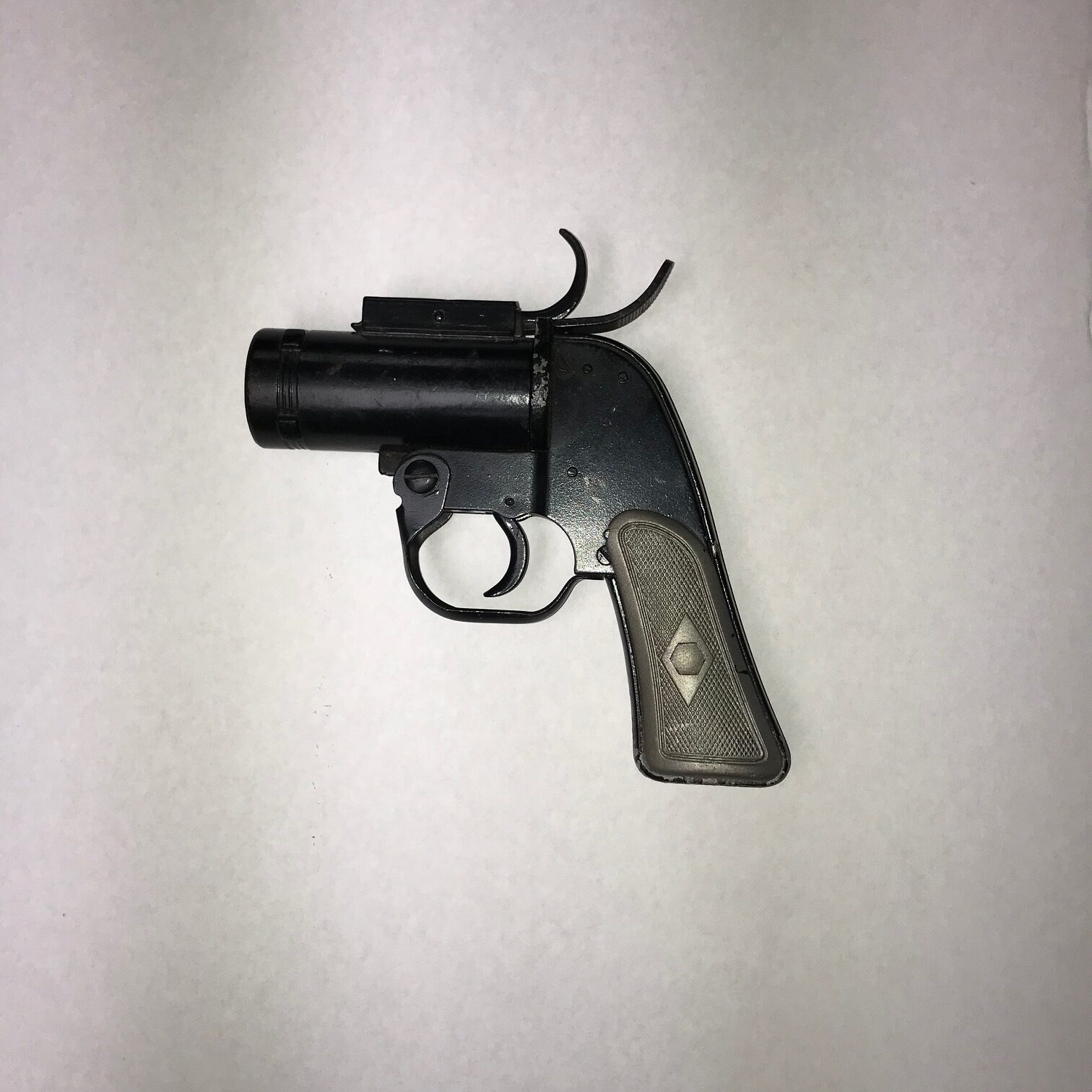 This is a World War II Mk 8 Pyrotechnic Pistol 37 mm flare gun. This flare gun was manufactured by the McInerney Spring and Wire Company of Grand Rapids, Michigan, and features the company’s initials (“M.S.W.C.”) in a triangle on the right side above the words “U.S. Property, Pistol Pyrotechnic M8.” This flare gun does not have the aircraft mount, but it does have the corresponding markings to attach said mount. The release levers for the flare gun’s barrel and the optional aircraft mount still function well. Additionally, the flare gun’s trigger and firing pin are still functioning. The flare gun externally shows a few signs of wear on the butt of the handgun as well as near the barrel and has some rust here and there. The inside of the barrel shows some rust and wear from use as well.