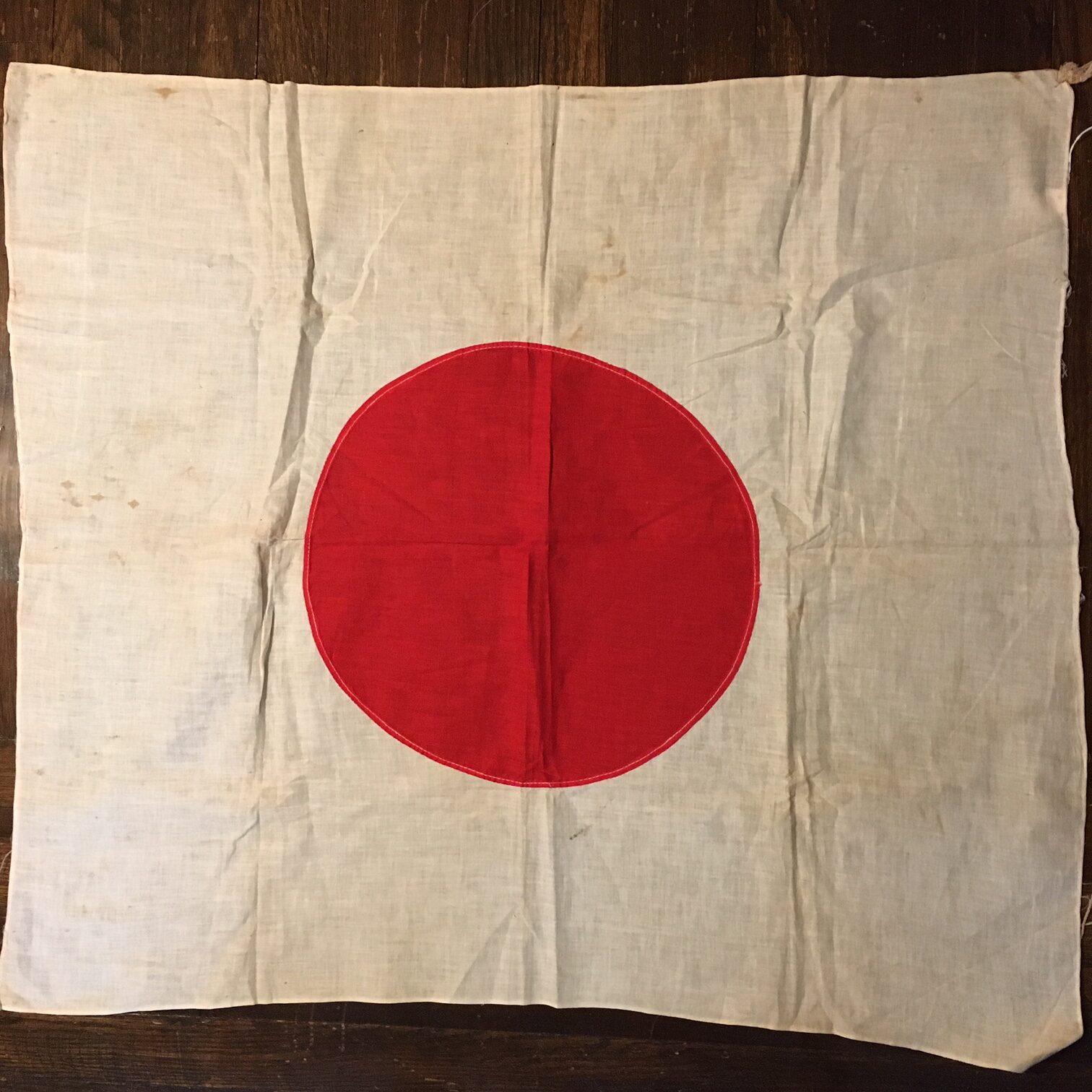 This is a World War II Japanese National Flag. Also known as a “Good Luck” flag, this flag would have been carried into battle by a Japanese soldier for good luck. This flag is made of silk and features a bright orange Sun-circle in the middle. Additionally, there are some small pieces of string attached to one part of the flag. One of the strings appears to  have a folded piece of a newspaper clipping in it. The flag is slightly stained and shows the usual signs of age and wear, but is otherwise in good condition.