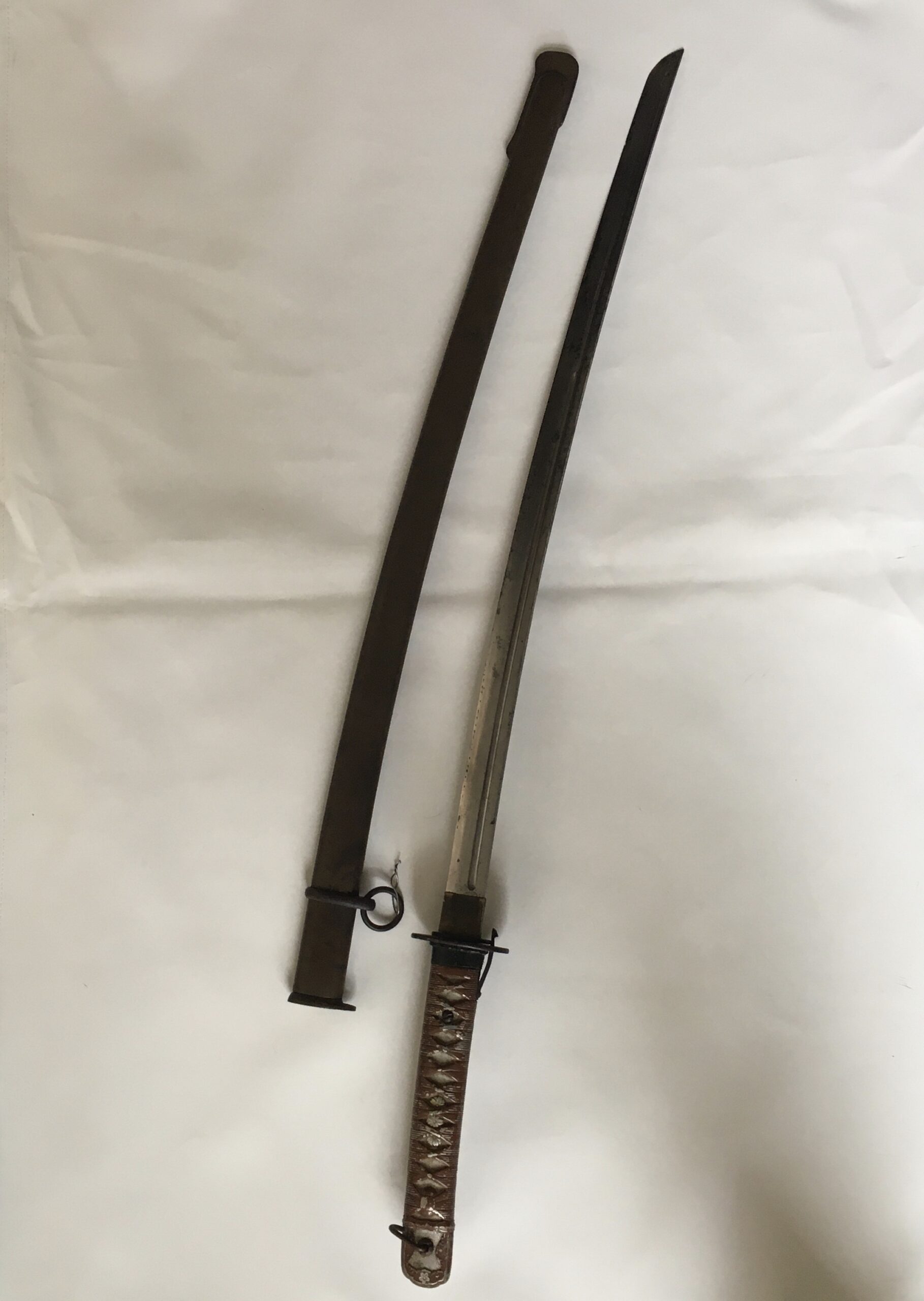 This is a late World War II Japanese Katana. This Katana is in good condition, although there are some marks along the blade from where it was used and there are heavy “inking” stains, or at least some sort of material which stained some portions of the blade black. The blade is straight and well-balanced, and there are only a handful of wear marks present on the grip. The grip is made from metal unlike the traditional cloth-wrapping, and the steel sheath and blade have the matching serial numbers as well indicating they were manufactured sometime during the war.